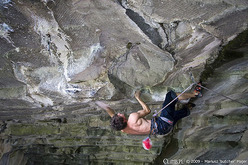 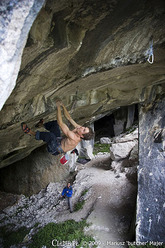 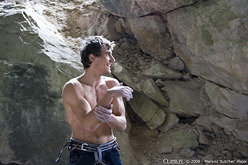 On 18 April, one of the leading Polish rock climbers Lukasz Dudek climbed the Arco classic - Underground 8c+/9a at Massone, Italy.

Underground was first led by Italian Manfred Stuffer in 1998. The route leads through a massive roof in sector Pueblo in Massone (Arco). The 20 meters of powerful climbing includes three boulder sections (8A, 7B+, 8A) separated by relatively good rests. Initially, the route was graded 8c+. Later, some delicate grade shifts were proposed. After his own success Japanese climber Yuji Hirayama suggested upgrading the route to 8c+/9a. Successive repeates Tomas Mrazek and Christian Bindhammer believed the route deserves the 9a grade.