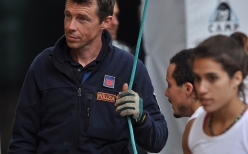 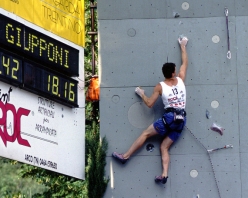 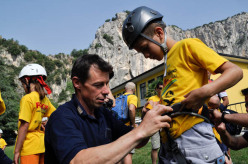 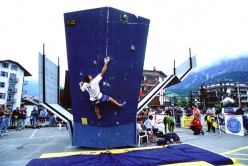 The Italian sport climbing Federation has announced that Luca Giupponi is the new Team Manager. Yesterday Giupponi announced the athletes that will take place in the next stage of the Bouldering World Cup, scheduled to take place in Innsbruck, Austria, on 20 and 21 May 2016.

Luca Giupponi, one of the historic figures in the Italian sports climbing scene, has been appointed new Team Manager of the Senior squad by FASI, the Italian Sports Climbing Federation. The first step Giupponi took was to choose the athletes who will represent Italy in the next Bouldering World Cup, set for 20 - 21 May at Innsbruck, Austria. The team will be comprised of Michael Piccolruaz, Stefan Scarperi, Riccardo Piazza, Gabriele Moroni, Alessandro Palma, Marcello Bombardi, Giorgia Tesio, Asja Gollo, Annalisa De Marco, Andrea Exner and Anna Borella. Furthermore, David Piccolruaz has obtained a wild card thanks to his Combined victory in previous Arco Youth World Championships in 2015.

"I’m delighted with this new role" explained Luca Giupponi "My goal is to create a strong and harmonious team spirit among the athletes in this group, some of which are already up there among the very best."

Born in 1968 in Bolzano, Giupponi lives in Ruffre-Mendola (TN). He is a member of the Gruppo Sportivo Fiamme Oro climbing team and began taking part in competitions in 1987. He joined the Italian squad in 1989 and during his career took part in 360 competitions in all three disciplines (Lead, Speed, Boulder), proving to be a highly versatile climber. He won the Combined title twice: the Italian Combined Cup in 2005 and Italian Combined Championship 2006.

Luca Giupponi has climbed at all major European crags (for example in Spain, France, Switzerland, but also in America's Yosemite, Smith Rock, Mount Charleston and Rifle). He took part in nine Rock Master editions, the most important invitation-only climbing competition in the world, as well as numerous other World Cup competitions, often placing in the top fifteen. He has established numerous multi-pitch routes worldwide (often partnered by Rolando Larcher and Maurizio Oviglia), onsighted 8b at St. Leger in France, made the first ascent of The last way 8c+ at Erto in 2001 and, in 1992, he made the first ever flash of an 8b sport climb, Ritorno di Ringo at Erto.

"I plan to organize several retreats with the various Italian teams, including one for all three disciplines and the entire staff at Arco, to fine-tune things before the World Championships in Paris, and to improve the team spirit. This is my main goal as team manager and that of the entire team, so that we can represent Italy as best possible in the international competitions."