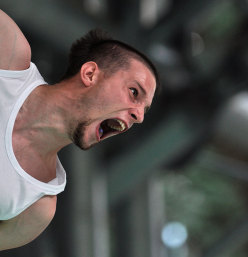 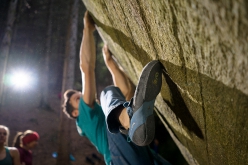 Jernej Kruder, a member of the Climbing Team Vibram
Photo by Michele Caminati 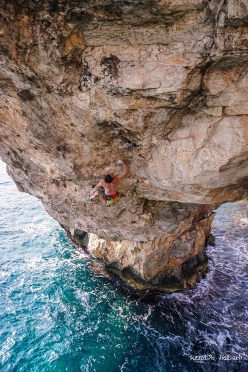 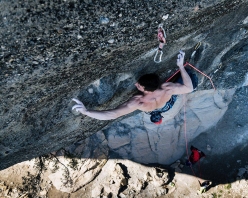 28-year-old Slovenian climber Jernej Kruder has repeated Dreamtime at Cresciano in Switzerland, the frist boulder probelm in the world to be graded 8C, established by Fred Nicole in 2000.

One of climbing’s most eclectic players, Jernej Kruder, has repeated what can only be described as one of - if not the - most famous boulder problem in the world, Dreamtime. First ascended by Fred Nicole in November 2000, the bloc heralded an unheard of degree of difficulty and checked in as the world’s first 8C. In its almost 20-year history all of bouldering’s elite have made the pilgrimage to Cresciano in Switzerland and the 28-year-old Slovenian simply had to, too. He first attempted the problem over a year and a half ago when he actually fell off the last move twice and, after trying the problem on and off, the other day conditions and form finally aligned.

The importance of Dreamtime for the climbing community cannot be understated and is a big thing also for Kruder, as he explained to planetmountain.com "Dreamtime is probably the best looking and most iconic line on the planet. It was one of my childhood dreams ;-)"

As mentioned, Kruder is one of those few athletes who can excel to the highest standards in numerous different disciplines. A fierce competitor heart, he won the Bouldering World Cup in 2018, while ascents outdoors range from the first repeat of Chris Sharma’s famous deep water solo Es Pontas on the island of Mallorca, Spain, to short and hard British gritstone trad (read Angels Share and Gaia), big multi-pitch 8b+ routes, multi-day ascents on El Capitan, granite at altitude on Mont Blanc. Whatever's out there, Kruder's up for it.

14.03.2019
Julia and Jernej Kruder Deep Water Solo climbing at Mallorca
The video of Slovenian siblings Jernej and Julia Kruder DWS climbing on the island of Mallorca in autumn 2018.

02.01.2019
Jernej Kruder climbs Croatia’s hardest, Dugi rat at Omiš
On 31/12/2018 Slovenian climber Jernej Kruder made the first ascent of Dugi rat at the crag Vrulja close to Omiš in Croatia. Graded 9a+, this is now the hardest sport climb in the country.