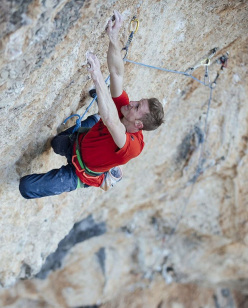 The video of Jakob Schubert making the first repeat of La planta de shiva, the 9b sports climb at Villanueva del Rosario in Spain.

At the start of January 2016 Jakob Schubert repeat of La planta de shiva, at Villanueva del Rosario in Spain. This 9b had been first ascended in 2011 by Adam Ondra and was the 25-year-old's second of this grade, after Fight or Flight at Oliana in December 2014.