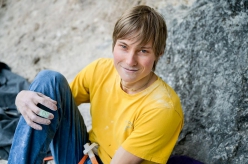 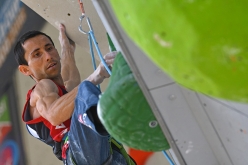 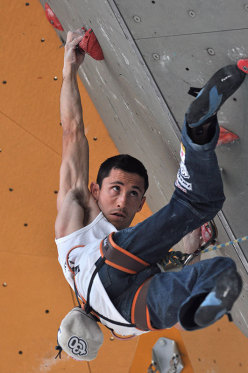 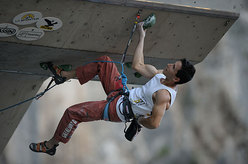 On 23 March 2021 at Margalef in Spain Alex Megos repeated Mejorando Imagen, a route freed in 2013 by Ramón Julián Puigblanque for which the German climber now proposes 9b instead of the 9a originally put forward by the Spaniard.

Downgrades of boulders and sport climbs are an everyday occurrence, usually because easier sequences are found by those who repeat the line. It’s far less usual that climbs are "upgraded", which is why Alexander Megos' repeat on 23 March 2021 is even more interesting. The German checked in with first repeat of Mejorando Imagen at Margalef, an intense pocket fest bolted by Iker Pou a decade ago in the ultra-overhanging Racó de la Finestra sector and freed in July 2013 by Ramón Julián Puigblanque.

At the time the Spaniard suggested 9a, but perhaps not even he realised just how well he was climbing back then. In 2011 he was crowned Lead World Champion for the second time in his career and became, after Patxi Usobiaga and Adam Ondra, only the third in the world to onsight 8c+, in 2012 he made a remarkable 9a+ redpoint with temps hitting a staggering 40°C, and in 2013 he claimed his seventh Rock Master title, cementing his name among the absolute legends of this sport. In short, during that period Ramonet was practically unbeatable in lead competitions and, on those rare occasions when he ventured outdoors, he more than left his mark.

As the years went by Mejorando Imagen remained unrepeated and it became clear that its difficulties were grossly underestimated. Seven years down the line Alex Megos has now become the first to link the mono and dyno crux, but not without an unusually long battle for the man used to clipping the chains in just 2 or 3 attempts. The style of climbing suits him down to a tee, indeed it is here that in 2018 he freed his 9b+ Perfecto Mundo, but on Mejorando Imagen he had to pull out all the stops, abandoning the line after three days of good attempts and then sending it on the his very last day, on his sixth attempt that afternoon, when all hope had been lost.

"I climbed so badly, I barely stuck the crux move and then I kept climbing badly to the top. Sometimes I don't understand climbing and the mind." was Megos' honest comment before suggesting an upgrade, skipping 9a+ altogether and proposing 9b. Should this be confirmed, it would obviously mean that Puigblanque entered the restricted circle of climbers capable of sending 9b way back in 2013.