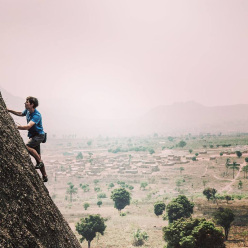 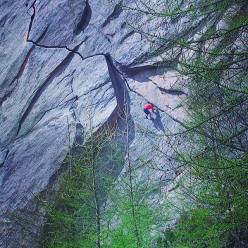 Two videos about American rock climber Alex Honnold: a video portrait filmed by Fred Moix and the trailer of a trip to Angola where, apart from climbing, he initiated a pilot program of home solar systems for the local population.

Last September Alex Honnold travelled to Angola in Central Africa together with Stacy Bare, Ted Hesser and Maury Birdwell on a twin mission: to explore some of the climbing this enormous republic has to offer and, even more importantly, to implement a solar energy project supported by the Honnold Foundation. The charity devised by Alex Honnold in 2012 supports diverse environmental projects aimed at improving the quality of life in the poorer parts of the world and in this particular case 100 home solar systems were imported to Angola.

Although this may at first glance not seem much, every little step counts and, writing on the Honnold Foundation website after the trip, Executive Director Birdwell stated "it appears that by importing just 100 home solar systems we've convinced the Energy Minister to order another 3,000 units as part of a broader market test. It is far too early to say whether Angola will see the type of micro-grid solar explosion that is sweeping East Africa, but it's heartening to know that a country with a traditional mono-economy of oil and gas is investigating these kinds of alternatives."

At this point here are two videos, the first is a short trailer about this recent trip to Angola, the second is a portrait the delves into Alex Honnold and his foundation, filmed by Fred Moix during Honnold's trip to Europe and, in particular, to the beautiful granite in Italy's Valle dell’Orco.