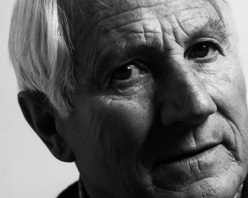 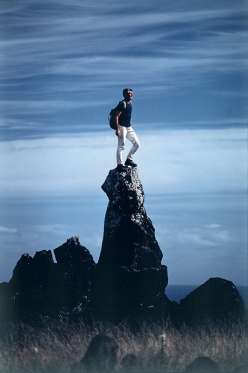 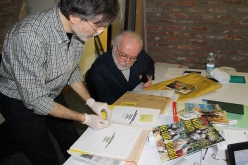 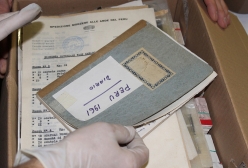 In October 2016 the Turin-based Mountain Museum acquired the archive of Italian alpinist Walter Bonatti; a immense treasure that still needs to be catalogued, studied and archived for the history of mountaineering and more.

250,000 artefacts. 7,000 of these are prints, 70,000 are slides, the rest is comprised of mountaineering gear, manuscripts, drawings, climbing reports, texts for conferences, public speeches, books, films and audio and video recordings, cameras. This, in short, is the enormous and invaluable legacy that the Turin Mountain Museum will now preserve thanks to to the acquisition of Walter Bonaiti’s archive last October.

The long process of reorganization has already begun. A commission entitled “Cantiere Bonatti” - Bonatti work in progress - has been created which as MuseoMontagna explains will begin with "a 'stratigraphic' exploration of the containers, in chronological sequence. Each artefact will be examined, dated, placed in relation with others, waiting to be digitalised (if documents and photographs), and then subjected to a final classification."

In these early stages, as the Museum states, there have already been some "fantastic surprises: photos, writings and unexpected artefacts that will be extremely useful, once place in the context Bonatti's great climbing and his subsequent travels to the wildest parts of the earth.“

In the immediate future there are a number of "small traveling exhibitions that follow the development of the commission. Meanwhile, the Museum's website and social channels will post "photos and short film clips, sharing 'live' some of the most significant moments of this study.”