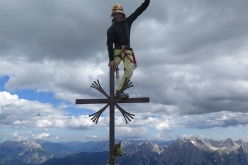 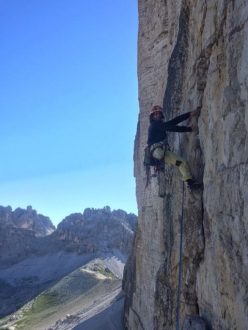 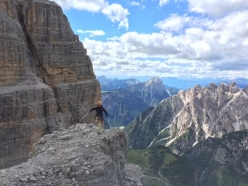 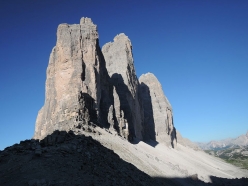 It seems as if no obstacle is too great for Urko Carmona Barandiaran. As a result of a car accident in 1997, the Spaniard lost his right leg but this fateful moment certainly didn’t wipe away his smile. On the contrary, it probably only strengthened his resolve. Thanks to his out-of-the-ordinary grit Barandiaran has continued to climb to the max, managing in the meantime to become one of the strongest paraclimbers in the world. Both on sport routes at the crags, and in competitions. Over the years his determination and positive approach to life has become a shining example and in 2014 this was recognised by the La Sportiva Competition Award, the prestigious prize he received during the Arco Rock Legends.

Speaking to planetmountain.com at the time, Urko explained that sometimes the biggest obstacles aren’t the technical difficulties of a particular climb, but negotiating the paths that lead to the crags. Hence the utter amazement at his latest ascents in the mountains, carried out in just two days with Juan Antonio Ramos Bellido: the classic Via Dülfer established by Hans Dülfer and Walter F. von Bermuth in 1913 on the West Face of the Cima Grande in Lavaredo, followed the next day by Via Comici - Dimai, established by Emilio Comici, Giovanni Dimai and Angelo Dimai up Cima Grande in 1933. These route are considered classic outings, but in Barandiaran’s case, with only one leg and two crutches, with that arduous approach and complex descent from the ledge, it’s clear that any talk about technical difficulties doesn’t make any sense whatsoever...