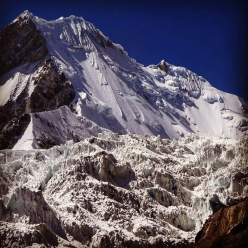 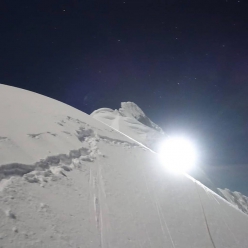 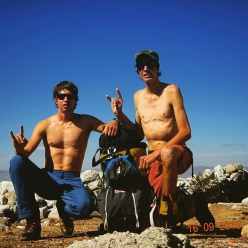 Silvestro Franchini and his brother Tomas have climbed Mt. Yerupajá, turning back below the summit cornice. This is the last of their tour of the 16 highest mountains in the South American Andes.

Tomas Franchini and Silvestro Franchini have concluded their tour across the highest mountains in South America. As previously reported, the two Italian mountaineers had started their 'Los Picos 6500' project together with Franco Nicolini in spring this year and, after having climbed 13 of the highest mountains above 6500 meters in just 43 days, the trio had returned to Italy. The brothers then made their way back to Peru in the middle of September to bag the last mountains on their list, without Nicolini who stayed at home to run his Rifugio Tosa Pedrotti hut the Brenta Dolomites.

After having ticked Huascarán Norte four days upon arrival, the two have now tackled the 6617m high Yerupajá. The mountain is known to be the most technical of all, and the brothers climbed not without difficulty up the west face, stopping a few meters below the summit and turning back wisely due to looming cornices.

Silvestro recounted on Facebook "September 25th, it’s just past midnight when we emerge from the west face, two huge mushrooms and inconsistent snow cornices separate us from the highest point of the Jerupaya, with what we hear as we cross the slope, tells us that she doesn’t want her highest point to be touched… On few occasions have I ever felt so alive, illuminated by the moon we look in each other’s eyes, satisfied with having done our best ... "

Talking to planetmountain.com briefly after the ascent, Tomas stated "It’s been a wonderful experience ... now we really understand the severity of the mountains of this Cordillera!"

26.03.2018
Los Picos 6500, seven summits climbed in Andes by Franco Nicolini and Franchini brothers
The Los Picos 6500 expedition comprised of Italian alpinists Franco Nicolini, Tomas Franchini and Silvestro Franchini continues at a rapid pace and the trio has now climbed 7 of the 16 highest peaks above 6500 meters in the South American Andes.

16.03.2018
Los Picos 6500, first summits climbed in the Andes by Franco Nicolini, Tomas Franchini, Silvestro Franchini
In the Andes the Italian alpinists Franco Nicolini, Tomas Franchini and Silvestro Franchini have successfully climbed the first three mountains of the Los Picos 6500 project. The aim is to climb the 16 highest peaks above 6500 meters in the South American Andes in circa 60 days and shortly after their arrival they ascended Aconcagua, Tupungato and Mercedario. They will be accompanied by their friend and fellow mountaineer Michele Leonardi.