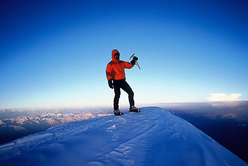 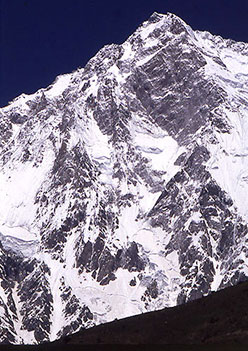 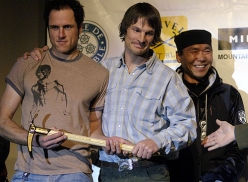 Tonight at 19:00 CET American alpinist Steve House will talk about the ascent of the Rupal face of Nanga Parbat, carried out with Vince Anderson over a period of eight days in alpine style in 2005.

15 years have passed since what is considered one of the major climbs on the highest mountains on the planet: the Central Pillar of the Rupal Face on Nanga Parbat in Pakistan, first ascended in perfect alpine style over a period of eight days by the Americans Steve House and Vince Anderson.

The climb that earned them the Piolet d'Or the following year is the subject of the Planinski Film Festival event this evening. Starting at 19:00 CET, House will recount the story of this historic ascent. The event will be broadcast in live streaming on vimeo and also on zoom.

11.08.2016
Steve House / knowing yourself
American alpinist Steve House shares his thoughts about how failing wisely provides interior growth. Originally posted only on facebook, House has kindly allowed his text to be republished on planetmountain.com.

14.09.2005
House and Anderson forge new line up Rupal Face
Steve House and Vince Anderson have ascended a new route up the famous and immense Rupal Face on Nanga Parbat (8125m).