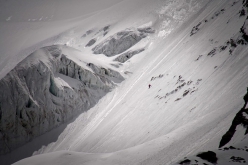 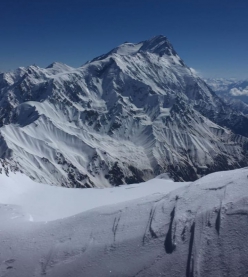 View from the summit of Geshot Peak / Toshe III in Pakistan towards Nanga Parbat. The photo was taken on 29/06/2019 by Simon Messner during his solo ascent of the mountain
Photo by archive Simon Messner 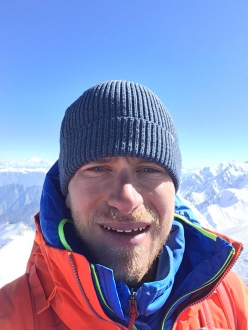 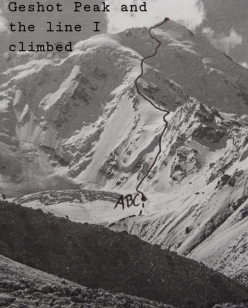 The South Tyrolean mountaineer Simon Messner has made a solo ascent of Toshe III, a 6,200m mountain in Pakistan that had never been climbed before, known locally as Geshot Peak.

On 29 June 2019 Simon Messner soloed Toshe III, a 6200-meter mountain that rises above the Bunar valley circa 18km southwest of Nanga Parbat, known locally as Geshot Peak. The 29-year-old South Tyrolean mountaineer had traveled to Pakistan with Günther Göberl, Robert Neumeyer and his father, world-famous mountaineer Reinhold Messner, and the initial plan was to climb the mountain together, but due to difficult snow conditions the others chose not to continue.

Talking to planetmountain.com, Simon Messner explained "The weather has been really poor this June, it’s rained or snowed almost every afternoon... this was also an important factor for the team and convinced me to try to climb fast and light in order to avoid the bad weather. And it worked. Even though I had to break the trail all by myself, sometimes wading through knee-deep snow! What a beautiful mountain. I don't know any other 6200-meter peak that has as many seracs as Geshot Peak."

Simon ascended to ABC located at about 4600 meters on his own, then set off early on 29 June, requiring 5.5 hours to reach the summit at 9:30 am. Avalanche danger made the descent arduous, but nevertheless he managed to return to base camp safely later that day.

Simon concluded by saying "The great thing was to how happy the locals of the Bunar valley were that “their" mountain had been climbed. On the way back I received wreaths of flowers in every village, that really made me happy!"

06.02.2018
Hansjörg Auer climbs new winter lines in Ötztal
On 19 January 2018 Hansjörg Auer and Tobias Holzknecht made the first ascent of Nordstau, a new mixed climb in the Ötztal, Austria. On 29 January Auer teamed up with Simon Messner to carry out the first winter ascent of the nearby North Face of Innerer Hahlkogel.