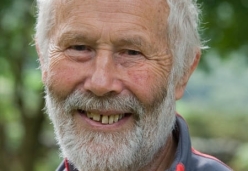 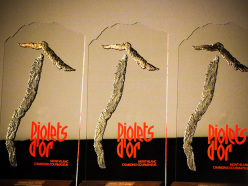 From 9 - 12 April 2015 Courmayeur and Chamonix will host the 23rd edition of Piolets d’Or, the Oscars of mountaineering. British alpinist Sir Chris Bonington will receive the Piolet d'Or Carrière.
Photo by Lanzeni

From 9 - 12 April 2015 Courmayeur and Chamonix become the world’s mountaineering capital with the 23 edition of the Piolets d’Or, the most prestigious mountaineering award. Britain’s Sir Chris Bonington will receive the Piolet d'Or Carrière - the Lifetime Achievement Award.

Chris Bonington is to receive the seventh Piolet d'or Carrière, the Lifetime Achievement Award. The famous British mountaineer, born in 1934, will therefore enter the hall of fame of this award - widely considered the Oscars of mountaineering - after Walter Bonatti, Reinhold Messner, Doug Scott, Robert Paragot, Kurt Diemberger and John Roskelley. The prestigious prize will be awarded during the 23rd edition of Piolet d'Or, set to take place from 9 - 12 April 2015 at Courmayeur and Chamonix, at the foot of Mont Blanc.

Born in Hampstead (London), after having attended the Royal Military Academy and worked as a mountaineering instructor for the British Army, Bonington made his debut in the big mountains in 1958 with an ascent of Aiguille du Dru. A string of other important ascents followed in the Mont Blanc massif before quickly moving on to the Greater Ranges where he made first ascents of new routes up Annapurna II, Nuptse, Brammah I Changabang, Kongur Tagh.

In 1985 Bonington reached the summit of Everest. He also organized and took part in expeditions on different faces of Annapurna, Everest and K2. "His achievements” underline the promoters of the event “are milestones in the history of mountaineering in the Alps as in the Himalayas."

Sir Chris Bonington has written 15 books, has been a guest speaker at television shows and has received numerous important awards, including chancellorship of Lancaster University and knighthood, in 1996, for his services to the sport. The Piolet d'Or Carrière was designed to recognize a heroic climbing career, whose spirit has inspired subsequent generations of climbers while respecting the criteria set out in the Piolet d’Or Charter

In 2015 the golden age of alpinism will be celebrated throughout the Alps and this period culminated in 1865 with the first ascent of some of the most difficult mountains such as the Matterhorn, Aiguille Verte and Grandes Jorasses. Sports orientated routes created that year heralded the arrival of a new form of mountaineering. The Piolet d'Or - the world’s most prestigious alpinism award - is in tune with this anniversary. Today, as in yesteryear, alpinists from various countries travel to distant mountains, driven by a love for high altitudes and the desire, often profound and respectful, to reach the mountain tops. This anniversary, and the Piolet d’Or itself, celebrates alpinism as a culture and, at the same time, as a sport. In 2014 mountaineers took their own research to mountains often unknown, proving that exploration is still at the forefront of climbing activity. The list of ascents carried out in 2014 and nominated for the 2015 edition will be available on the Piolet d'Or website as of 1 February.