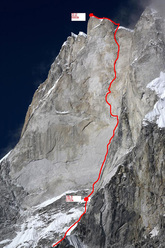 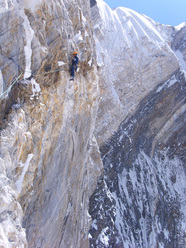 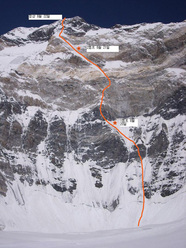 The third edition of the Piolet d'Or Asia will take place in Seoul at 20.00 this evening. This imporant meeting and award has become a classic event to analyse the state of Asian mountaineering.

Seoul promises to host a great mountaineering weekend as the third edition of the "Piolet d'or Asia" kicks off in the Korean capital this evening. The award, created in France circa 16 years ago, was "founded" in 2006 in Asia to encourage mountaineering "by fair means" which respects the enviroment, and obviousely to promote this sport which is practiced by millions across Asia.

Five ascents out of 8 entires are in the running for the Asian ice axe, which goes to the most important technical ascent of the alpine season winter 2007 - autumn 2008. Much like its elder sister, the Asian event has adopted the system of nominations and the "best mountaineering ascent by Asian mountaineers" will be decided by a qualified international jury.

The 5 candidates listed below are obvioulsy all Asian (three Korean teams, one Japanese and on Kazakh team) and what is worth noting is that none of their climbs were carried out on the Himalayan 8000m peaks, as they opted for lower altitudes where technical difficulties and exploration were the name of the game.