► News ► Alpinism ► Loved By All: The Story of Apa Sherpa
Versione italiana 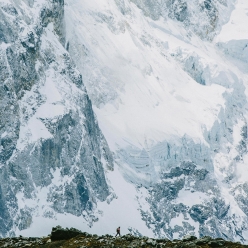 Loved by All: the story of Apa Sherpa
Photo by Paul Lockhart 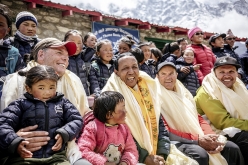 Apa Sherpa in the film Loved by All, directed by Eric Crosland
Photo by Paul Lockhart

PORTFOLIO / gallery Portfolio: Loved By All: The Story of Apa Sherpa

Loved By All: The Story of Apa Sherpa

The film Loved by All: the story of Apa Sherpa directed by Eric Crosland that tells the moving story of Apa Sherpa, who entered the Guinness Book of Records for having climbed Mount Everest 21 times. Through his work he aims to provide education for children in the Khumbu valley in Nepal.

Trento Film Festival, Banff, Vancouver ... now also Vimeo staff pick as a further demonstration of the quality and depth of this film about Apa Sherpa, who climbed Mount Everest for 21 times but who prefer no one to be obliged to do what he did in the past.

Having grown up in the remote Khumbu region of Nepal, aged 12 Apa was forced to leave school and work as a porter following the death of his father. For people living in rural Nepal, the money earnt from working as a high altitude porter is an element of conflict with their true dreams, which can only be achieved thanks to an adequate education.

19.04.2007
Everest Super Sherpas Expedition
This spring a team of Sherpas will attempt to beat the Everest speed record and the total number of individual ascents. The group, led by 16 times summiter Apa Sherpa and speed record holder Lhakpa Gelu Sherpa, aims to promoted the Sherpa culture and raise funds for Sherpa children.