► News ► Alpinism ► Fuiste Alpiste, the video by Ermanno Salvaterra about how Patagonia once used to be
Versione italiana 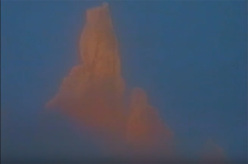 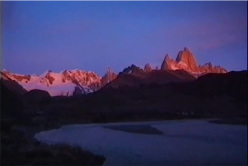 PORTFOLIO / gallery Portfolio: Fuiste Alpiste, the video by Ermanno Salvaterra about how Patagonia once used to be

Fuiste Alpiste, the video by Ermanno Salvaterra about how Patagonia once used to be

Ermanno Salvaterra documents the climbing and Patagonia in1993-94 in this video, Fuiste Alpiste, recently updated with names of the climbers of those unforgettable six months spent, more than twenty years ago, at the base camp of Cerro Torre.

"Perhaps Patagonia will soon cease from being somewhere at the end of the world, the refuge for a life of passionate mountaineering close to the most beautiful mountains in the world. Explorers might soon be replaced by tourists, fees, regulations and sheriffs. Perhaps we’re already witnessing the end of an era I’d like to share with you…".

It is with these words that Fuiste Alpiste (which Argentine means "that’s how it went") begins. A video which, at the time, Ermanno Salvaterra made to recount his six months spent at the base camp of Cerro Torre, between 1993 and 1994. We’ve included it below now only because Salvaterra has recently updated it with all the names of the protagonists but also - in this current period of amazing Patagonian ascents - to remember those days that now seem so far away. Not much more than two decades have passed. But even back then there were some, like Ermanno Salvaterra, who sensed that everything was changing, even though no one could have ever imagined today’s reality…