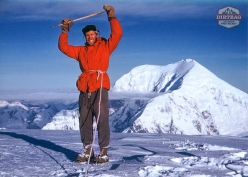 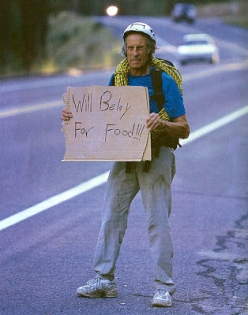 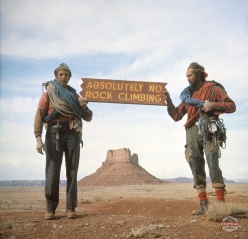 Fred Beckey, one of the true climbing legends of America, passed away in Seattle on Monday aged 94. Born in 1923 in Düsseldorf, Germany, in 1925 Friedrich Wolfgang Beckey emigrated with his family to Seattle, USA. It is here that at a young age he began climbing, with the local Seattle Mountaineering Club, and he soon made a name for himself for his insatiable desire for climbing. In 1939 he made his first first ascent, and in the ensuing 70 years Beckey never stopped climbing and, above all, establishing new routes and exploring the mountains.

After earning a degree in business administration from the University of Washington, Beckey decided to dedicate his life totally to the mountains. His love for rock climbing and mountaineering took him all across the globe and to practically all altitudes, but it is in the mountains of North America, in particular the Cascade Mountains, that he left his mark with countless new routes. Beckey is widely considered one of the climbers and alpinists who has established more first ascents than all others and many of his climbs are documented in the guidebooks he wrote.

Beckey was also considered a true dirtbag climber, ie someone who forgoes a full-time job in order to be able to dedicate their lives entirely to climbing, and the photo of him holding the sign "Will belay for food" is emblematic.

Honorary member of the American Alpine Club, in 2008 the New York Times examined his life in a long portrait article, while in 2015 Beckey received the Mountaineers Lifetime Achievement Award. The documentary Dirtbag: The Legend of Fred Beckey celebrating his life as released this year, and the trailer of this award-winning film is included below.

26.09.2013
Fred Beckey, video portrait of the old man of the mountains from the Cascades to the Dolomites
Two videos of American climber Fred Beckey: a video portrait by the New York Times and his latest journey to the Cinque Torri, Dolomites.