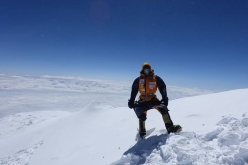 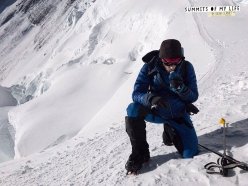 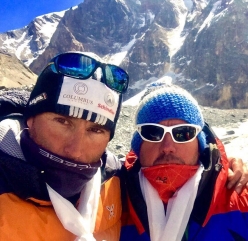 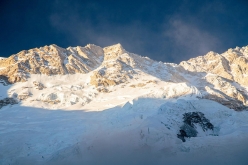 PORTFOLIO / gallery Portfolio: Everest & Co, good and bad news from the highest mountains in the world

Everest & Co, good and bad news from the highest mountains in the world

Good and bad news from the Himalayas where, thanks to a small weather window, many mountaineers are currently attempting the highest mountains in the world. Everest is obviously on the front line of things, with many ascents from the north - according to Germany’s Ralf Dujmovits at least 60 were trying to summit two days ago - and also from the south, where an even higher number of climbers is expected.

Unfortunately, the bad news is that numerous deaths have occurred in the past few days, five at least. The death toll could have been much higher; the Himalayan Times reported that on Monday at least five mountaineers were evacuated from the death zone. It is difficult to find words for these are numbers and tragedies (including the crowds on Everest).

Kilian Jornet Burgada
The good news is obviously the fast ascent of Spain’s Kilian Jornet Burgada who managed to reach the top of the world's highest mountain in 26 hours after setting off from the Tibetan Base Camp (5100m) at 22:00 on May 20th. Climbing along the normal route on the North Face, Burgada reached the summit alone and without supplementary oxygen at midnight, before descending to advanced base camp at 6,500m. He returned to this at 12:15, 38 hours after having set off. Commenting immediately after the ascent, the Catalan said: “Reaching the summit of Everest without fixed ropes isn’t something you’d do every day! I saw a fantastic sunset and finally reached the summit at midnight. I was alone but I saw the lights of expeditions setting off on their ascent both on the north and south faces. I started to descend right away so as to get to the ABC as soon as possible.”

It has to be mentioned that before Everest, Burgada successfully raced up Cho Oyu, accompanied up to 7700 meters by the strong Swedish ski mountaineer Emelie Forsberg. The interesting thing is that they both attempted the mountain just nine days after having arrived in Tibet. It’s worth noting that Jornet stated they had been inspired by Adrian Ballinger and Emily Harrington’s fast ascent of Cho Oyu, and Forsberg explained that she had spent 340 hours sleeping and training at home in "altitude machine" (Hypoxic tents, Ed). It will be interesting and important to see on Jornet's return if he pre-acclimated at home, too. The question is: what do Himalayan mountaineers think of all this? And is this practice considered "normal"?

In any case, Burgada’s ascent of Everest needs to be placed in its historical context; for example, it’s worth recalling the amazing ascent of Italy’s Hans Kammerlander who in 1996 climbed the same North Face in just under 17 hours, starting from the Advanced Base Camp at 6400m. This speed came about, as he confirmed to planetmountain.com, "by chance" and enabled the then 39-year-old South Tyrolean mountaineer to set another "record": the first ski descent off Everest, in a further six and a half hours.

Elisabeth Revol, Marco Confortola, summits and rescues
It’s also worth taking a closer look at what France’s Elisabeth Revol is up to; on 10 May 2017 she climbed without supplementary oxygen to the pre-summit of Makalu at 8445m, but was then forced to abandon her attempt at reaching the 8462m main summit due to the strong winds and abundant snow. Taking advantage of this acclimatization, and following in the footsteps of the Sherpa who had fixed the entire route, 10 days later Revol managed to summit Lhotse. And right now she has started to pursue her "greatest dream ever" namely - and it could not be otherwise - Everest. Talking about Everest and Lhotse: a few days ago Davide Chiesa summited Everest (with oxygen), while a tight-knit Italian team comprised of Nicola Bonaiti, Sebastiano Valentini and Mario Vielmo are currently high on Lhotse. This is Vielmo’s third attempt at the mountain and he has already climbed 10 x 8000ers. Talking of which: on 20 May Marco Confortola nabbed his 10th 8000er by reaching the 8167m high summit of Dhaulagiri along with Mario Casanova.

Confortola's adventure didn’t finish with his Dhaulagiri summit as he then helped carry out a "difficult and complicated high altitude rescue operation.” Writing on Facebook, the Mountain Guide and member of the Italian mountain rescue squad, stated “Despite being acclimatised, despite my years of helicopter rescue and despite knowing how experienced Pigi and Michele are (the helicopter pilots Pier Giorgio Rosati and Michele Calovi Ed), clipping in to the longline was by no means easy. But those people needed help and had they not been rescued, after three days at altitude the would most certainly have died… we were all overjoyed down in Base Camp after the last flight and I was overwhelmed with emotions.”

Simone Moro and Tamara Lunger
Last but not least, Simone Moro and Tamara Lunger departed a few hours ago on what will probably be their decisive attempt. Defining what lies in store as huge doesn’t do this challenge justice. Dubbed the Kangchenjunga Skyline, this is an extremely long and difficult traverse along the ridge of third highest mountain on the earth past the summits Yalung Kang (8505m), Kangchenjunga (8586m), Kangchenjunga Central (8482m) and Kangchenjunga South (8476m). It’s a continuous ascent and descent, almost always above 8300m, obviously without supplementary oxygen and no fixed ropes ... Currently the two are ascend to Camp 3 at 6600 m. These are important hours.