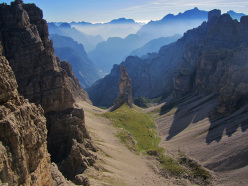 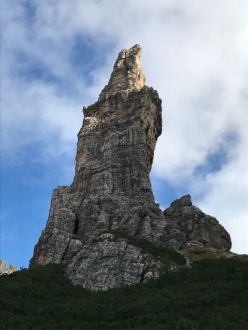 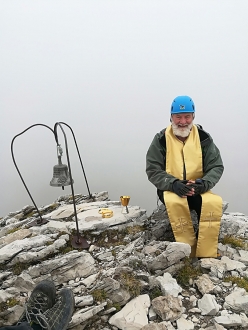 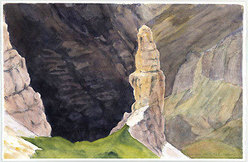 The Pordenone section of the Italian Mountaineering Club has launched a crowdfunding campaign to repair the bell on Campanile di Val Montanaia in the Friuli Dolomites, damaged by lightning in 2019.

Campanile di Val Montanaia is one of the symbols of the Dolomites, not just those located in the Friuli regione f NE Italy. Nestled between the Monfalconi and Spalti di Toro groups, the ‘scream of stone' was first climbed on 17 September 1902 by the Austrians Wolf von Glanvell and Karl von Saar after an excellent attempt 10 days earlier by the Italians Napoleone Cozzi and Alberto Zanuttii who had managed to climb the hardest section - the famous Fessura Cozzi - before being forced to retreat.

Ever since 1926 a bronze bell located on the top of the tower has welcomed generations of mountaineers from all over the world, but ever since it was struck by lightning last September its ring is no longer crystal clear. As a result it has been removed by the Pordenone section of the Italian Mountaineering Club who will oversee the its repair it and return to its summit. For those wishing to contribute, a crowdfunding campaign has been launched.