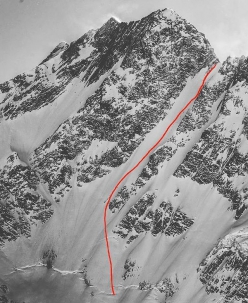 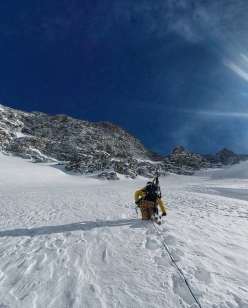 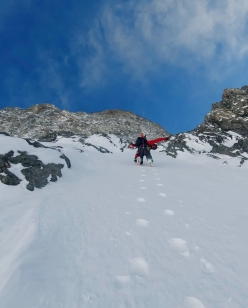 Raimundo De Andraca and Antonio Eguiguren have made the first ski descent of the south face of Cerro Lomo Larga (5400m) in Chile's Central Andes.

Raimundo De Andraca has scored another interesting first ski descent in the Chile, once again with Antonio Eguiguren with whom in November 2020 he had carried out the first descent of the south face of Monte San Valentin in Patagonia.

This time the duo headed to Cerro Lomo Larga, a 5400m peak in the Central Andes first skied via the north face by American's Griffin Post and Drew Tabke in September 2016.

De Andraca and Eguiguren approached the mountain via Cabrerio and the Marmolejo valley, and after establishing base camp at 3350m they returned to the village for the day. They crossed the pass at 4000m to enter the Loma Larga valley and reach the base of the line after a 6 hour approach, before spending the next 6 hours ascending the 1000m face.

After climbing to the end of ramp at 5000m they skied what De Andraca describes as a "really steep and good quality line", before returning to the pass and skiing back to their camp in the Marmolejos valley. In total, the two spent 17 hours from camp to camp.