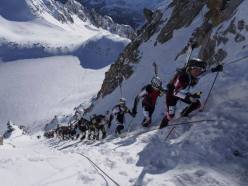 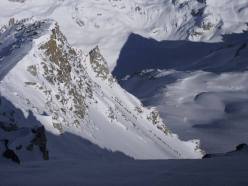 On Sunday 28 February 2016 the Tris Rotondo will take place in Canton Ticino, Switzerland. This top ski mountaineering competition is one of the most prestigious events in the ski touring circuit. The organizers have worked hard to ensure three different race courses and introduce some important novelties, such as showing its support for the Kam for Sud association for Nepal.

The 7th edition of the Tris Rotondo ski mountaineering competition will take place on Sunday, February 28, 2016. As well as being the “top comp” in Canton Ticino - the Italian speaking part of Switzerland - this biennial race happens to be one of the most prestigious international events of its kind. Thanks to its three distinct competitions, which offer differing routes, height gains and difficulties, the Tris Rotondo caters for a wide range of competitors ranging from amateurs to athletes trained specifically for these distances and this type of technical terrain.

Tris Rotondo takes place within the upper reaches of the Ticino region, in Val Bedretto to be precise, circling around Pizzo Rotondo (3192 m) as its name implies. Despite not actually reaching the summit of this magnificent peak, on average the competition unfolds at 2500m above sea level and negotiates glaciers, steep gullies and huge slopes. This scenario is particularly suited to ski mountaineering that touches upon three languages ​​(Italian, German and French) and three Swiss cantons (Valais, Uri and Ticino), past three mountains higher than 3,000 meters (Chüebodenhorn, Witenwasserenstock and Pesciora). The three competitions are: Short Tris (short) with 1430 meters of altitude difference (height gain and height loss) via a 10.2 km route for teams of two. Main Tris deals with 2230m altitude difference via a 17km route for teams of two, while Super Tris boasts 3220m altitude difference along a 22.3km route for teams of two or three.

Tris Rotondo 2016 will not only lead the athletes towards the highest peaks of the Ticino, but also towards the highest mountains in Nepal. For the first time the competition will combine ski touring with solidarity by supporting the Kam for Sud association, a Ticino-based, internationally recognized NGO that has provided help and know-how to the Himalayas since 1998. After the devastating Nepal earthquake on April 25, 2015, the association has focused its efforts on rebuilding destroyed homes. Tris Rotondo has decided to ask the athletes to support this cause by raising the enrollment fee symbolically. In return, the organising committee will match an additional donation for each participating athlete, and the hope is that thanks to this support16 houses will be rebuilt. For their part, the athletes will be able to take advantage of some exciting new initiatives created specifically for this event: the Kam for Sud Grand Prix will be awarded to a selection of teams on the basis of their speed, age and other criteria, providing everyone with a chance of winning, not just the fastest athletes. The Grand Prix will take place on a section of the route that all teams will race along.