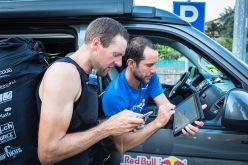 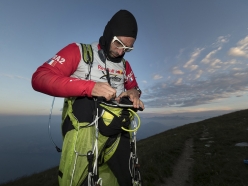 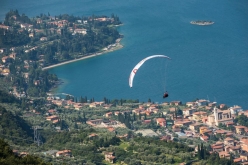 At the start of the eighth day of the Red Bull X-Alps 2017, Switzerland’s Christian Maurer reached the last turnpoint at the Matterhorn and is now heading towards the finish line at Monaco. Yesterday his strongest rival, France’s Gaspard Petiot, was forced to abandon the competition.

It was a pretty busy day yesterday. The bad weather that pervaded the Alps forced all the leding pack to stop flying, in practice 11 athletes who were battling between Turnpoint 5 on Monte Baldo and Turnpoint 6 at the Matterhorn were grounded and had to continue ton foot. Including Swiss Christian Maurer, the four-times competition winner and current leader who headed down into the valley yesterday and was only 20 kilometers away from the Matterhorn.

Yesterday's big news is that Gaspard Petiot (FRA2 was forced to abandon the competition. The Frenchman had long been in the second place, at one point even first, bu unfortunately yesterday he was forced to retire after injuring his wrist and knee during a landing close to Lake Como.

While the majority of athletes are struggling today in the area between Lake Garda and Lake Como, the latest news is that this morning Maurer managed to enter the last turnpoint, a "cone" close to the Matterhorn with a 5,500 meter radius which according to the regulations must be crossed on foot or in flight. This now that the Swisswman has only one destination: the small raft off the Principality of Monaco, which would seal his fifth victory.

Maurer (SUI1) is hiking into the apocalypse! Looks like he will fly through Turnpoint 6 and onwards to Peille! LIVE: https://t.co/0qq56Gcpc0 pic.twitter.com/aLqfmg3fl5