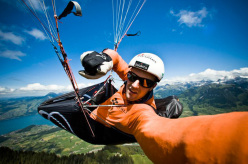 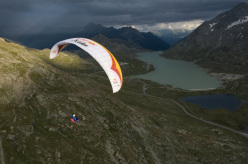 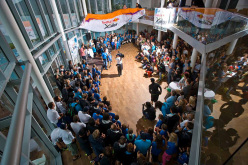 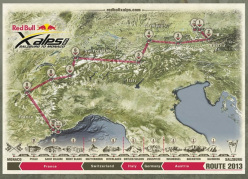 On Sunday, July 7 at 11:30am the Red Bull X-Alps 2013 gets underway, the extremely difficult paragliding and running competition all the way from Salzburg in Austria to the Principality of Monaco.

A few final preparations and then they're off! After almost two years of waiting, this Sunday what is defined as the world's most difficult paragliding and running competition will begin: the Red Bull X-Alps 2013. The start promises to be as spectacular as the rest of the race which will involve – up in the air or along the mountain crests - 31 athletes who will cross the entire Alps, from Salzburg to Principality of Monaco. Traveling across Italy, Germany, Switzerland and France along a race course that has been completely renovated to celebrate the 10th anniversary of this great endurance test.

But let's return to the spectacular start: at 11:30 am on Sunday 31 athletes (including 3 Italians) will race off from the famous Mozartplatz in the heart of Salzburg to the top of Gaisberg, the home mountain from where they can "spread their wings" and begin their journey. Before they do so the entire city will enjoy a massive party, but one thing is certain: the athletes will be focused on nothing but the difficult route that lies ahead. This leads south initially towards Dachstein, and then turns west past an immense series of peaks and valleys to finish in Southern France. The competitors can rely on only the winds and, when these are not favourable, their own leg power to get them along this 1000 km journey. To make things even more demanding there are 10 Turnpoints, 10 mountains which must be reached within a certain time limit before continueing on to that small platform suspended in the sea in front of the principality of Monaco.

Two years ago the first to cross the finishing line, after 11 days of grueling competition, was Switzerland's Christian Maurer who in doing so repeated his success two years previoulsy. While it's clear that he's the man to beat, the others will certainly take no prisoners, starting with expert South Tyrolean Andy Frötscher who has taken part in all editions.

As usual the race will be updated live online thanks to Red Bull Mobile Live Tracking, used to locate and track the route of each athlete. Furthermore, each competitor will also update his logbook with thoughts and photos. In short, they'll have plenty to do in the next few days and according to the latest news, flying conditions will be good. A high pressure system is currently building up and this will create the strong winds that will ensure a... supersonic start!