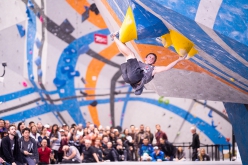 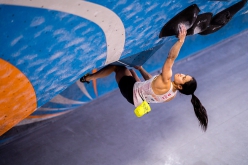 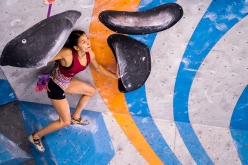 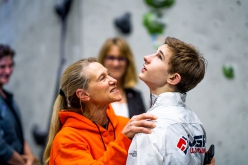 Canada’s Alannah Yip and Colin Duffy from the USA have qualified for the Tokyo 2020 Olympic Games.

Last weekend Los Angeles hosted the Pan-American Championships, the climbing competition that served not only as the championships for the entire continent but above all as the last chance for athletes from North, Central and South American to qualify for the 2020 Olympic Games. The competition formula was obviously the one that will be used in Tokyo in early August: Speed ​​followed by Boulder and then Lead. With only one pass available per gender, the stakes were high and the tension palpable.

26-year-old Canadian Alannah Yip placed fifth in Speed ​​and won in Boulder event, setting herself up beautifully for the final event. The huge favourite lived up to expectations and placed third in the Lead, beating Alejandra Contrera from Chile who finished second overall having placed third in Speed, third in bouldering and fourth in Lead.  After missing out on qualification in both Hachioji and Toulouse, Yip will now represent Canada in sport climbing’s historic Olympic debut at the Olympic Games Tokyo 2020 and will join her teammate Sean McColl who secured his qualification last August.

In the men's competition Colin Duffy caused a considerable upset by winning the top spot. The mere 16-year-old placed fifth in speed and then demonstrated his immense class and cool by placing second in boulder by the closest of margins on the mere three problems, and first in Lead having climbed faster than favourite Sean Bailey who eventually settled for fourth. In doing so Duffy beat teammates Zach Galla and Zander Waller, second and third respectively. Duffy - second at the World Youth Championships last year in Arco, Italy - will compete alongside Nathaniel Colemen who qualified in Toulouse last November.

All eyes now turn to Moscow where the European Combined Championship will take place from 20 to 27 March. It’s here that athletes will battle it out for the last two Olympic spots available for the old continent.