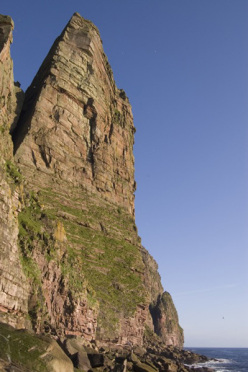 "It's probably the biggest adventure you can have in Britain". While this may be a slight exaggeration, this statement does give an indication as to what lies in store on The Long Hope route, the massive multi-pitch outing up the highest sea cliff in the British Isles freed in June this year by Dave MacLeod.

The video below follows MacLeod's ascent and includes images and footage of Ed Drummond and Oliver Hill who established the line in 1970 and which marked an important moment in the history and development of climbing in Britain.