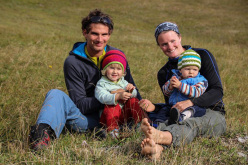 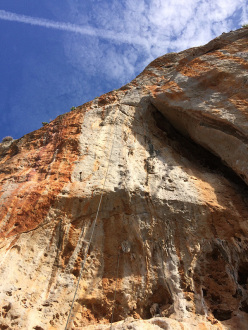 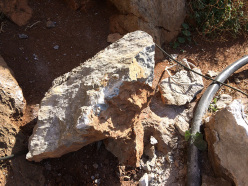 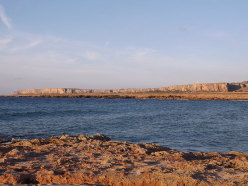 On 16/11/2014 at San Vito Lo Capo, Italy, Stefan Rass from Austria had a terrible climbing accident and he is currently in induced coma at Salzburg. Published below is an appeal for donations for his young family as well as a short text by Elio Bonfanti who helped Rass immediately after the accident.

As many already know, on 16 November 2014 the Austrian mountain guide Stefan Rass had a terrible climbing accident at San Vito Lo Capo, Sicily, Italy. After first treatment at Palermo, he was transported to hospital in Salzburg where he is currently in medically induced coma. His friends, including the famous German climber Ines Papert, have launched an appeal to all climbers for donations in order to help Stefan's wife and two young children. The appeal is published below and is followed by a short text and the thoughts of Elio Bonfanti who helped Stefan immediately after the accident.

THE APPEAL BY THE FRIENDS OF STEFAN RASS*

On 16/11 in Sicily Stefan Rass (Austria) fell, through no fault of his own, 25m to the ground together with the chunk of rock on which the belay had been anchored. The rope slowed his fall. That he survived is nothing short of a miracle.
Due to the serious traumatic brain injury he is currently in medically induced coma in a hospital in Salzburg. Predicting future developments is extremely difficult at this stage.
We hope and pray for him, that he will soon return to his young family and, sooner or later, feel rock under his fingers again. In the near future Stef will not be able to work as a Mountain Guide.
Any one of us could easily find themselves in a similar situation and no one enjoys watching without being able to help. This is why we would like to give you the opportunity to support Stef and his wife Kathi and their children Amelie (3) and Noah (1).

We would like to use 15% of your donation to thank Daniele Arena, the owner of the climbing shop at San Vito, for his extremely patient and important help in loco. With this support he will carry out the pressing route checks and maintenance in the hope that something similar never happens again. Sicily is an extremely beautiful climbing area that perhaps everyone would like to visit. Even before the accident however we felt that, with regards to the gear used for bolting and the cleaning of the routes, the works carried out by the first ascentionists was often insufficient. Anything that you can donate, is gratefully accepted, every cent counts.

Many thanks from his friends Felix Frieder and Ines Papert

* UPDATE ON 30/11/2014
Dear friends, many thanks for your help and compassion as regards to Stefan Rass's accident. Some doubts have been expressed as to the 15% that were originally intended for Daniele's incredible support in Sicily. To explain this in brief: Daniele was instrumental in Stefan's rapid transportation and helped incredibly in loco. In addition, he works hard at route maintenance in Sicily. The family will now show their gratitude to Daniele personally. Contrary to the first report, 100% of your donation now goes to Stef, Kathi, Amelie (3) and Noah (1). Stef's condition remains critical and unfortunately no predictions can be made about future recovery. We thank you all profoundly. Your participation provides Stef's family with strength and confidence.

AN IMPERFECT DAY by Elio Bonfanti

I was there, just a few steps away and I couldn't step back, but stepping forward is increasingly difficult.
Monday 17th of November, the perfect day, one of many at San Vito. Sun, sea and rock as far as the eye can see. I start a warm-up route but I'm tense, my moves are awkward, no holds seem good. The wall overhangs slightly and this damn 6b drains me more than it should. One overlap follows the next, none seem solid and safe enough to pull or step on. Finally I reach the belay and even this seems placed on a dubious-looking prow. My partner weeps bitterly and refuses to climb, so with the usual circus tricks I remove the quickdraws and, for a few long minutes, hang above the void off a single anchor. Slowly but surely the ground approaches and anxiety gives way to the pleasure of being in a unique place in this world. I then look around and a few chunks or rock, some fairly sizeable and freshly fallen, lie at the base of the routes. I decide to move away a few hundred meters to more compact area the name of a route dedicated to a girl is preceded by a sinister good-bye. I look carefully and notice another huge boulder at the base, , perhaps quiet witness of something that happened long ago. Perhaps it's due to the syndrome of worrying that something will collapse or that an accident will happen, but I simply can't shrug off what happened during another imperfect day at San Vito, a very, very imperfect day.

Yesterday, on the 16th of November, after having climbed the first pitch of nature's masterpiece "Parole al vento" on Pizzo Monaco, I had to bail since I hadn't taken enough trad gear to protect the route and so I reluctantly I joined my friends at the campsite. After parking the car a foreign woman ran towards me, begging for me to alert the rescue service, in her eyes fear, desolation and despair. A portion of the face where the belay had been attached had fallen to the ground, along with the man who had been attached to it. Stefan Rass lay on the ground, helpless, compressed by a large chunk of rock. The rope, a silent witness of the accident, was still clipped to this 8a. The mad rush, the police, the, the first phases of the rescue during which no one (first and foremost myself) never knows quite what to do, and the anxiety that grows within you for the fate of this man who, after an hour, was still there. Finally, the ambulance arrived, the first real treatment, the transport from the base of the wall to the helicopter that continued to be late and that finally arrived like a liberation, stabilised Rass and then flew him to hospital in Palermo.

Another accident, one like many one could side. Said very cynically, all climbers know that climbing is done under their own responsibility and Stefan, being a mountain guide, is well aware risks lurk just around the corner. But I've heard that at San Vito this is the seventh accident this year and frankly I think this is too much. Perhaps none of these accidents are connected, but I truly believe that it is now imperative that the town council address this problem in a rational manner. By copying what has been done in other parts of the world and, if possible, improving them. In a previous article about crag safety I focused attention on the area, and also Michel Piola in his open letter recently raised awareness about the issue. These places have become extremely popular and none of us can and should remain silent when these things happen recurrently. There is no crag anywhere in the world that is completely safe but we mustn't forget that often a minute suffices to save a life.

Friends of Stefan Rass have opened a launched an appeal in favour of his family and a percentage of the donations will be given to a trusted person at San Vito who will use this money for route maintenance.