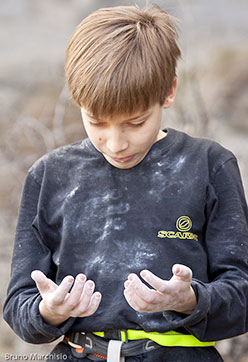 Tito Traversa after having climbed Sarsifal 8b+ at Tetto di Sarre, Italy
Photo by Bruno Marchisio 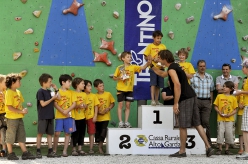 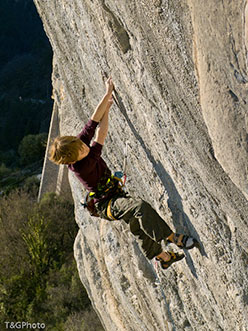 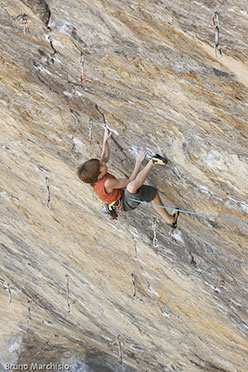 Seven years ago Tito Traversa perished in a climbing accident. The void left behind by this great climber, aged a mere twelve, continues to be enormous.

I remember well the first time I saw Tito Traversa, we were at the famous Rock Junior climbing competition in Arco, Italy, back in 2009. Tito hadn’t yet made a name for himself for his indescribable talent, he was simply a young child among a thousand others running around on the Stadium lawn, having fun and climbing close to Lake Garda.

Yet in that moment, while trying to reach holds that were so obviously beyond his reach, one could sense that this little character would become someone grand, that his innocent love for climbing was driven by drive that was, put simply, extraordinary.

And he proved this by returning to the Rock Junior the following year having sent his first 8a, at a mere 8 years of age. He went on to redpoint 8b aged 9. 8b+ aged ten. Unheard of. Enough to make you shake your head in disbelief.

I had been wrong: evidently no hold was beyond Tito’s reach. Maybe he would continued and climbed 8c, possibly even 9c, becoming not only the strongest young Italian climber, but also one of the best in the world... Who knows.

Unfortunately we will never know. What we do know however is that Tito Claudio Traversa was only a young boy, kind and generous, blessed with a huge talent and a boundless passion for climbing. Today we should remember him for this.

06.07.2013
Goodbye Tito Traversa
Tito Traversa died yesterday at the age of 12 as a result of a terrible climbing accident at Orpierre in France. He was one of climbing's youngest prodigies. The entire climbing world is shocked and deeply saddened by his death.

04.06.2014
Stefano Ghisolfi frees TCT 9a at Gravere
At Gravere (Val di Susa, Italy) Stefano Ghisolfi has made the first ascent of TCT , a 9a dedicated to Tito Claudio Traversa.

22.08.2013
Rock Master 2013: a trophy for Tito Traversa
The Rock Master Festival has dedicated a trophy in memory of the young Italian, loved by all climbers worldwide.