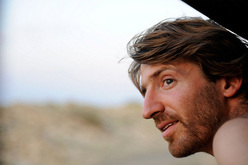 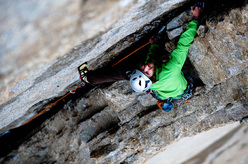 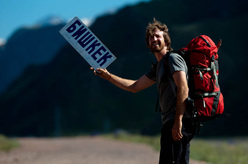 In memory of Giovanni Quirici

Swiss alpinist Giovanni Quirici fell to his death on 12 August while ascending the North Face of the Eiger.... a friend remembers him.

What remains? What are the limits of our memories, and how can you fill the void created by the loss of a loved one? We've often asked ourselves this question. This time, too. On 12 August the news of the death of Giovanni Quirici caught us off-guard. Or rather, it hit us like lighting strike out of the blue. He was ascending a mountain, the Eiger, he knew well. He was climbing a beautiful route, certainly not problematic for him. And yet... Giovanni was 33 years old. As many immediately told us, he was extremely talented. They all defined him as being great, both as an alpinist and person. They asked us to remember him. To talk about his magnetic and tranquil charm which pushed him to climb the world's biggest rock faces. Specialised in chronobiology, we thought that perhaps this study of nature's rhythm isn't far removed from his climbing, his alpinism... from that love which Giovanni dedicated his very all. It's a shame we never got to meet him is what immediately crossed or minds. This is the reason why we waited... until a friend of his, Aaron Rezzonico, gave us a present, with his words about Gio and his loss.

Two alpinists who had set off early to ascend one of the numerous routes up the North Face of the Eiger find themselves, at circa 9.00am, climbing the seventh pitch of Le Chant du Cygne. The leader disappears above a terrace and his partner at the belay loses sight of him. A few minutes later something goes wrong; a fall, the rope which jerks tights and then the helpless body suspended several hundred meters above the ground, in the overhanging void. A shoulder injury... some blood... it doesn't seem like more than a broken arm... but in just a few minutes he passes away, amidst the impotent care his companion provides as soon as he reaches him.

This is how Giovanni Quirici passed on into the world of elves: an absolutely abnormal alpinist who in his short lifetime (he was born in 1978) achieved what normal climbers could never achieve not even in a thousand years. In his book Lionel Terray defined alpinists as conquistadors of the useless but, paradoxically, it is precisely these achievements which make us dream, shiver, make our heart skip a beat. Giovanni's films, presented at the world's most important mountain film festivals and his numerous packed conferences are a testament to how this uselessness has an extremely powerful, underlying meaning.

Giovanni achieved so many memorable climbs that will remain embedded in history that I believe this is neither the place nor the time to list all his climbs. Mammut, his official sponsor, has published a small electronic epitaph online where you can admire photos, films and his achievements across the five continents.

In his search for truth, for the meaning of life Gio, as everyone called him, went well beyond simply climbing mountains and he didn't stop beneath the limelight. During his expeditions he travelled interiorly as well, he matured experiences and ideas which gave rise to his book (which will be published posthumously) entitled Le Penseur sans pensées in which he summaries the spirit and the ultimate fruit of his premature wiseness. In some respects there are concepts which have been heard before, are tried-and-tested, but here there are expressed in his words, his jovial manner, fresh and at times almost hermetic, driving the reader therefore to further reflection.

His broken-hearted parents and sisters had become used to his long trips abroad to the infinite vertical space, to far away countries and so, while he was climbing on the mountains at home, they were happy because they felt him to be close by and safe. Death always comes as a surprise and as the Dust Brother rebuke, This is your life and it’s ending one minute at a time… I applied this concept to Einstein's Theory of Relativity which proved that that minute isn't the same for everyone but varies according to the speed with with the subject is moving. The faster you move, the longer that minute lasts. Giovanni was a racing star, a comet which in its human existence burnt all the stages reaching Nirvane before multitude. His body has now been handed back to earth and rests serenely in Bidogno, the town where he was born, characterised by the white Denti della Vecchia crags where his journey began.

Rest my dear friend, the circle has come to an end. Go in peace.