► News ► Climbing ► From Noia to Lapsus at Andonno in Italy. By Severino Scassa
Versione italiana 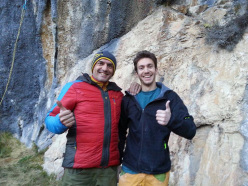 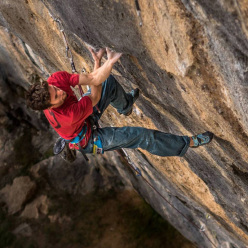 Stefano Ghisolfi making the first ascent of Lapsus at Andonno, the first 9b sports climb in Italy
Photo by Enrico Veronese 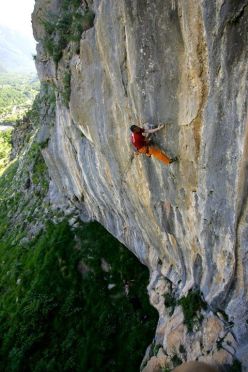 PORTFOLIO / gallery Portfolio: From Noia to Lapsus at Andonno in Italy. By Severino Scassa

From Noia to Lapsus at Andonno in Italy. By Severino Scassa

Severino Seve Scassa, who climbed Italy’s first 8c+ in 1993 with Noia at Andonno, shares his views about Lapsus, the new route freed at the same crag by Stefano Ghisolfi graded 9b.

We asked Severino Scassa for his thoughts about Lapsus, the route freed on Monday afternoon at Andonno by Stefano Ghisolfi. The young climber from Turin suggested the staggering grade 9b, a level of difficulty which - if confirmed - has never been climbed before in Italy. And a level of difficulty which has few equals worldwide. Scassa’s thoughts help to put this climb into context and to explain this latest performance that adds an important new chapter to Italian sports climbing and to Andonno. It was on this spectacular sheet of limestone close to Cuneo that Scassa broke new ground back in 1993 when he made the first ascent of Noia, Italy’s first-ever 8c+. And it is precisely from Noia that Ghisolfi set off to link routes freed by the likes of Marzio Nardi, Andrea Gallo and Scassa to create this 70 move wonder through some important moments in Italian sports climbing history.

PASSING THE BATON AT ANDONNO by Severino Scassa

With Lapsus Stefano Ghisolfi has added another page to this history and he did so on the same rock, at the very same crag Andonno where twenty-two years ago, on 14 February 1993, I almost unwittingly climbed Italy’s first 8c+. Noia. Unwittingly, yes. So much so that I suggested the grade 8c. I’d only needed a few attempts to send the crux moves on the traverse that link Noi 8b+ to Cobra 8b. At the time I’d only redpointed one 8c, Le Plafond at Volx in France in 1992. And I’d done it in a day, on my fourth attempt! An explosive route, where the grade was determined by a short sequence of intense moves.

Noia was a complete revolution within the eighth grade universe because, back in those days, there were no pure resistance routes this hard. The reference routes were short and bouldery, from Action Directe, Wolfgang Güllich’s 9a in the Frankenjura to Le Plafond, the 8c freed by Ben Moon in the Provence, to Moon’s Hubble 8c+ at Raven Tor in England and Agincourt at Buoux, France’s first 8c freed once again by Ben Moon. These were the routes we measured ourselves against. But Noia, this exhaustingly intense ninety move outing, was a completely different kettle of fish for the forearms and brain.

Stefano’s project immediately impressed me and quite rightly so. Imagining and linking routes located close to each other, without needing to add a single bolt, is an art. The art of reading rock in all its nuances, an art of reading lines that, as they progress vertically, cut horizontally across the face. This is how Noia came to life and this is how Lapsus has now seen the light of day. A spectacular traverse that connects Noia to Anaconda, the 8c I freed in March 2007. Watching Stefano climb this visionary line one perfect autumn afternoon was truly beautiful.

I am proud that my Noia has inspired an athlete like Stefano, who has dedicated days, effort and passion to this project. I am proud that the history of Andonno has a new milestone. Perhaps I’m proud because Andonno, for me, will always represent home. It is here that I invested my love for climbing during the most intense years, I trained on these routes, it’s on this rock that I started bolting new climbs and looking ever upwards.