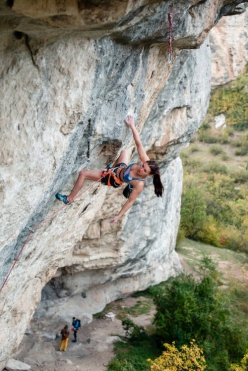 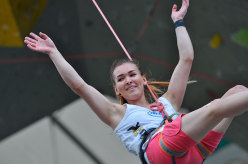 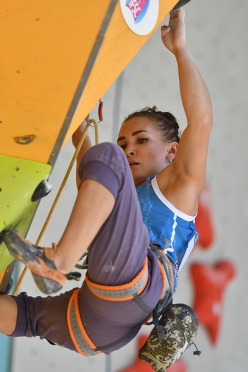 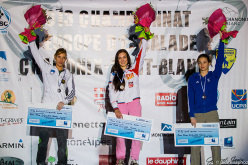 Russian rock climber Dinara Fakhritdinova has repeated Max Factor, 9a at Bakhchisaray in Crimea. In doing so she has become the first Russian woman to climb 9a.

28-year-old Dinara Fakhritdinova from Russia has repeated Max Factor, a 9a at the Sestrichki crag close to Bakhchisaray in the Crimea first ascended by Vlad Shevchenko in 2019. Its grade was confirmed by Dmitriy Fakirianov who made the second ascent just a few days ago and now Fakhritdinova has stepped in with the third ascent. In doing so the highly accomplished competition climber, who was crowned European Lead Champion in 2013 and who is currently her country's reinging Lead champion, skipped the 8c+ grade altogether to become the first Russian woman to climb 9a.

14.05.2013
Free solo and Base jump in Crimea
The video documenting Andrey Nefedov on Morcheka in Crimea: a free solo which concluded with a Base jump off the summit.