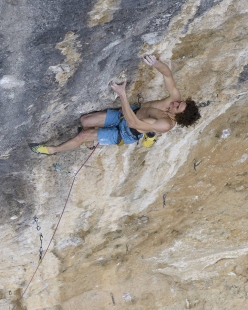 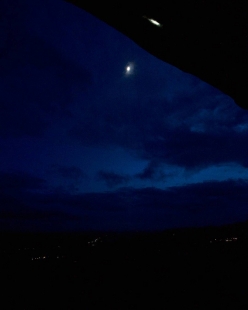 Czech climber Adam Ondra has repeated Pachamama 9a+ at Oliana in Spain and is currently attempting a difficult new linkup at this top Spanish crag.

A surprising four years have passed since Adam Ondra made the first ascent of La Dura Dura at Oliana, after Change at Flatanger in Norway the second sports climb in the world to be graded 9b+ and repeated so far by Chris Sharma only. During the process of attempting to free La Dura Dura Ondra almost came to hate what he has described as "one of the best cliffs on Earth", and four years down the line he has now finally returned to this Spanish crag with a few projects in mind.

The climber from Brno celebrated his 24th birthday just a couple of days ahead of schedule by making a fast repeat of Pachamama, a 40m 9a+ freed by Chris Sharma in 2009. In Ondra’s words, he chose this line "as a project to start my trip with, due to its power endurance character I thought it would be great training." Great training … resulted in two falls from the final jug before the successful redpoint two days ago.

Ondra immediately jumped onto a new project, which links Pachamama with Papichulo, another Chris Sharma 9a+ which Ondra had repeated in 2009. The traverse which links these two super climbs was bolted - unsurprisingly - by Sharma and Ondra believes it may go at 9b. Stay tuned.

RELATED NEWS
07/02/2013 - Adam Ondra... interview after La Dura Dura 9b+ at Oliana
Climbing at the very limit: today Adam Ondra freed La Dura Dura at Oliana in Spain for which he suggests the super grade 9b+. The interview and first details directly from "magic" Adam himself.