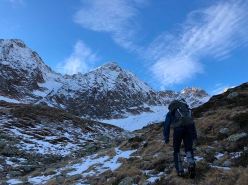 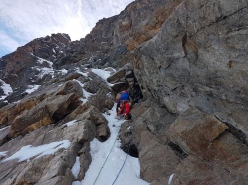 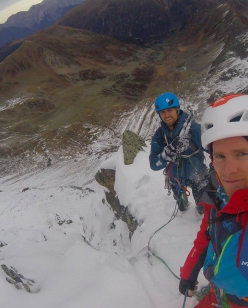 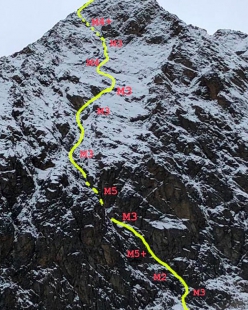 At the start of November 2018 Philipp Brugger and Martin Sieberer climbed a new winter route up the North Face of Wechnerwand in the Stubai Alps in Austria.

Philipp Brugger and Martin Sieberer have made the first ascent of the North Face of Wechnerwand, a 2855m peak Austria’s Stubai Alps. Climbing at the start of November, the two followed "the logical line of weakness, while the large snowfield is considerably steeper than it look and the slabs were often covered in snow."

The mixed climb is called Plan W and the 400m line beaches difficulties up to M5+. Once at there summit the two continued along the ridge to Wechnerscharte (max II) and followed this back down to the valley.