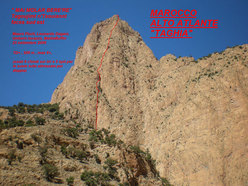 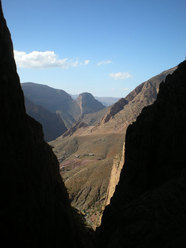 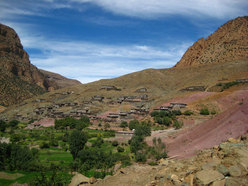 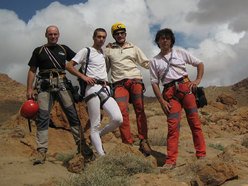 From 21 September to 9 October an Italian team led by of Mauro Florit visited Morocco's Taghia, where they carried out the first ascent of "Mai molar berbère" on the SE Face of Tagoujimt n'Tsouiannt (TD+, 500 metri, max 6+).

"No great performance, just a nice trip to a fantastic place." This is how Mauro Florit describes his latest trip to the fascinating Taghia in the High Atlas mountain range, Morocco. Together with of Mattia Buffin, Umberto Iavazzo and Leonardo Dagani he repeated numerous existing routes, before making the first ascent of Mai molar berbère" on the SE Face of Tagoujimt n'Tsouiannt (TD+, 500 meters, max 6+).

Judging by his report, and those by the climbers the preceeeded him (read the likes of Arnaud Petit, Rolando Larcher, David Kaszlikowski and Maurizio Oviglia) Taghia truly does have something magical about it.