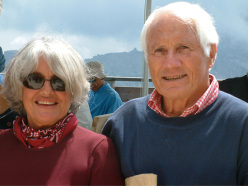 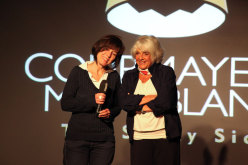 Rossana Podestà has left us

She's left us. Rossana Podestà has gone for good. I know, this is the most rhetorical of beginnings. But I wouldn't know how to start any differently and, at the same time, I'm not capable of saying anything more sincere. Because that's how it is. The phrase "she's left us" contains the entire loss, despair and also sadness for someone who is no longer with us. Someone who you know you'll miss. That's how it was for Walter Bonatti. And that, if you want perhaps even more, is how it is for Rossana, his life partner.

He, Walter, the alpinist and explorer who made us dream and who maybe made us a little better. She, the famous actress, a beautiful but also stubborn and intelligent woman, who conquered him. Together they formed one of those couples destined to meet each other, to merge into one. One needed the other, and vice versa. Seeing them together sufficed to understand this. You could comprehend this when listening to Rossana talking about Walter Bonatti after his death. This didn't have anything to do with romance as its found in novels. Rather, theirs was something that makes you think that perhaps destiny really does exist, even if you don't believe in it. Something that makes you hope that in the end even love, that unconditional loving someone else, really can exist.

That of Rossana and Walter was a true fairy tale. Indeed, it was a great story that lasted for 30 years. Ever since that first meeting at the Imperial Forum in Rome, to that terrible goodbye, marked by the stupid insensibility of those who wanted to keep Rossana distant from man because she was "merely" his partner, and therefore no one in the eyes of the law. Rossana Podestà experienced this, too. And one has to say that she was a woman who made choices. Even courageous ones. Those that went against the grain. For this reason I won't dwell on Rossana the actress - considered one of the most beautiful women in the world - famous enough to compete with the likes of Liz Taylor, Ava Gardner and Lana Turner. Because I think, perhaps wrongly, that she too would like to be remembered for the woman she was.

A woman capable of falling head over heels in love with an explorer. Willing to give everything up for him. Prepared to let herself be guided in the mountains and remote countries by him. Capable of making him a man amongst men, of giving him a family and of sharing the affection of her children, his beloved grandchildren. Yes, we will miss Rossana. A woman managed to prove that love exists. Now she with him again.