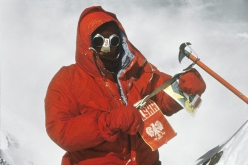 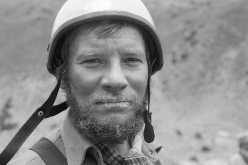 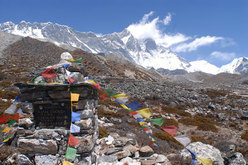 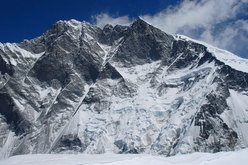 Poland’s Jerzy Kukuczka died thirty years ago today while attempting to breach the unclimbed south face of Lhotse in Nepal. Universally recognised as one of the greatest high-altitude climbers of all times, he is perhaps best known for having become the second man in the world to climb all 14 eight-thousanders. He achieved this on 18 September 1987, just eleven months after Reinhold Messner and, despite the obvious economic hardship Poland was enduring under Communist rule, in less than 8 years. Kukuczka's legacy though is not to be found in the vast quantity of routes, the speed of his climbs and the famous "Himalayan Crown" accolade, but instead in the pristine quality of his ascents.

His objectives and the style he adopted in achieving them is what truly distinguished Jurek, the "how" and "why" is what truly set him apart. Indeed, while climbing all 14 of the world’s highest mountains he established ten new routes, almost all of which in alpine style. Only on Everest did he use supplementary oxygen, while on the virgin NW Ridge of Makalu he climbed solo. Furthermore, four of these Himalayan giants were climbed in winter, and three of these happened to be historic first winter ascents: Dhaulagiri on 21 January 1985 with Andrzej Czok, Kanchenjunga on 11 January 1986 with Krzysztof Wielicki and Annapurna I on 3 February 1987 with Artur Hajzer. It’s worth noting that his fourth winter giant, Cho Oyu, was ascended on 15 February 1985, immediately after Dhaulagiri therefore, just 7 days after Kukuczka reached Cho Oyu base camp and a mere three days after the historic first winter ascent carried out by his Polish companions Maciej Berbeka and Maciej Pawlikowski.

Born in Katowice in Poland in 1948, Kukuczka started climbing at the age of 17. He progressed rapidly from the local Tatra mountains to the Alps, then Alaska and the Himalayas. His physical strength, courage, ambition and his ability to suffer were proverbial and he obviously formed part of the elite group of Polish Himalayan mountaineers, along with other greats such as Wojciech Kurtyka, Wanda Rutkiewicz and Krzysztof Wielicki to name but three.

In many respects Kukuczka's masterpiece was his new route on the magnificent, unclimbed south face of K2 in 1986, climbed alpine style after enduring enormous hardship - and four bivies during the ascent alone - together with Tadeusz Piotrowski. Kukuczka himself described this as the most difficult climb he had ever carried out at altitude, and their success took the limits of Himalayan mountaineering to new heights. Tragically this landmark achievement was overshadowed by the death of Piotrowski while descending down the Abruzzi Spur and by the devastaing 1986 season on K2 which resulted in a staggering 13 deaths.

After completing in 1987 the "Himalayan rosary" as Kukuczka called it, for which he was named Man of the Year back home in Poland, Kukuczka did not rest on his laurels and relish in the notoriety. Quite the opposite. In 1988 he was back in the Himalayas where, with Artur Hajer, he established a new route up the South Face and East Ridge of Annapurna I East in alpine style.

His main interest, however, lay in the unclimbed south face of Lhotse, a challenge described by many as both impossible and the last great problem of the Himalaya. In 1989 he returned to Nepal once again, this time with Ryszard Pawłowski. After enduring months of bad weather, the highly anticipated weather window arrived and the two made rapid progress up the mountain. They made a bivouac at around 8200m and continued early the next day in perfect weather, the summit just a few hundred meters away. Kukuczka tied in to a 7mm rope and took the lead, but while negotiating a blank slab on the morning of 24 October 1989 he lost his footing. The rope snapped and Kukuczka fell to his death. Pawłowski, banking on all his previous climbing experience, somehow managed to descend alone from above 8000 meters. The body of 41-year-old Kukuczka, one of the greatest alpinists of all times, has never been found.

The trailer of the film Jurek directed by Paweł Wysoczański

16.10.2019
Wanda Rutkiewicz honoured by Google
Polish mountaineer Wanda Rutkiewicz is honoured today with a Google doodle. Recognised as one of the greatest mountaineers of all times, on 16 October 1978 she became the third woman to climb Everest, while in 1986 with France’s Liliane Barrard she became the first woman to climb K2. She ascended eight 8000ers before perishing on Kangchenjunga in 1992.