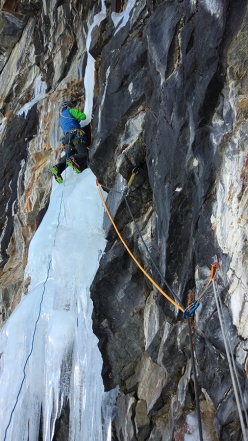 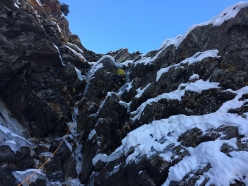 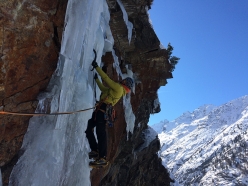 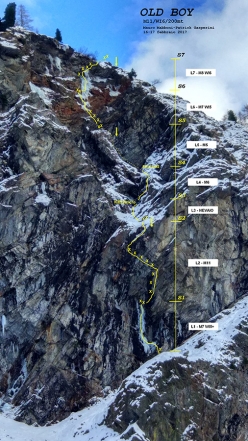 On 16 and 17 February 2017 Mauro Mabboni and Patrick Gasperini made the first ascent of Old Boy, a difficult new mixed climb above Lillaz close to Cogne in Valle d’Aosta, Italy.

In mid-February Italian mountain guides Mauro Mabboni and Patrick Gasperini made a two-day, ground up ascent of Old Boy, a new ice and mixed climb close to the famous Candles in the Wind established by Mauro Bole Bubu in December 2009.

Mabboni had noticed the line of the new route a while ago and the outing is now described as "a very logical line that offers all types of climbing styles." The 200m route breaches difficulties up to WI6, M11 that translate into a climb that is "particularly demanding both physically and psychologically, up difficult and delicate ice and, at times, past tricky rock."