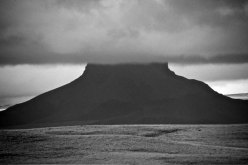 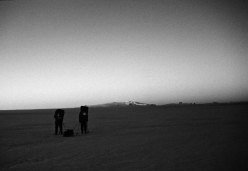 Starting from a recent statement by Reinhold Messner, Manuel Lugli discusses the presumed end of “traditional” and exploratory alpinism.

Reinhold Messner recently stated: his alpinism has failed. He's not implying that it's about a personal failure, as an alpinist, since this obviously is not the case. And this has nothing to do with the beautiful and terrible article "The failures" written by Gian Piero Motti in 1972. No, this is about a failure of a certain type of alpinism, one of exploration and search for something new. Messner's concept is powerful and, as often the case, it leaves little room for interpretation. His alpinism, that of Bonatti, of Maestri and many other alpinists and explorers of the '50's, '60's and '70's has, according to Messner himself, failed. Ie. it has failed to inspire successive generations of alpinists, failed to indicate a path that could have been followed to discover new ideas and routes, in both the literal and broadest sense.

The reasons for this can be found in the changing times, that have resulted in great technical progress but that have also provided more opportunities to those technically less able. Blame can also and above all be placed on the ensuing progressive popularity of the mountains in general, even those in the Greater Ranges. This has resulted in ascents being considered banal, even on the Himalayan giants – at least on those reputed to be the "easiest" such as Everest, Cho Oyu or Shisha Pangma. Unfortunately though even those mountains that appear easier – let it be underlined that there's absolutely nothing easy about high altitude peaks – more often than not delete all the above, ruin all statistics, as the recent avalanche on Shisha Pangma demonstrates that unfortunately resulted in the deaths of Zambaldi and Haag.

Another reason, I wish to add, can be found in the world which on the one hand has become more accessible and with fewer secrets, while on the other it has become far harder to travel across. Wars, epidemics, terrorism, "moving" frontiers. The Afghanistan known by Chatwin, the legend of so many travellers in the '60's and '70's, has become one of the most dangerous countries in the world. Algeria with its marvellous climbs in the Hoggar massif is increasingly transforming into a terrain for kidnapping and fundamentalist violence. Chine with its Tibetan frontiers, like shutters, pulled up or down depending on the mood and the repressions that need silencing. Russia that rules over sovereign countries, either directly or through intermediary satraps, such as in the Ukraine or Kazakhstan.

In short, in a globalised and increasingly problematic world, alpinism and its search for something new seems increasingly less important. And when reading the news on specialist websites – magazines practically no longer exist – it might seem as if there's a good dose of truth in Messner's words. News of "conquests" - yes, this term is sadly still used to describe ascents of mountains, such as Cho Oye, one of the most frequently climbed 8000ers, the scene of hundreds of ascents every year via the normal route. Conquests that are far removed from immense undertakings, except for those who do them. In some respects the concept of an undertaking is, in itself, relative: for the average mountaineer who is relatively well prepared, but who has no high altitude experience, success on a mountain such as Cho Oyu - extremely high, weather dependent but technically not particularly demanding under normal circumstances – is certainly an achievement. Above all if carried out by fair means. But a real alpine accomplishments are something completely different if judged using precise and objective criteria: difficulty, exposure, geographic and human isolation, weather conditions, style of ascent. If we talk about commercial expeditions, ultra-assisted and prepared, well, in this case its impossible to talk about accomplishments.

Yet even today, in 2014, these ascents are provided to the press – above all not specialist – as great successes. Behind this there are sponsors, self-centeredness, ingenuity, aspirations, cunningness, a bit of everything really. Of course the big companies no longer fall for the technical sponsor fairy tale, but some remain steadfast and Everest with oxygen, Sherpas and fixed ropes from the bottom to the top remains a sellable produce, perhaps at a discount price, but nevertheless sellable.

But. But despite all of this, I'm not convinced by Messner's lapidary judgement. Because there are still plenty of dreamers, of explorers, engulfed in that mainstream of fake undertakings and modest alpinists. Some names?

Take for example the talented Briton Mick Fowler (58 years old...) and Paul Ramsden, currently attempting the North Face of Hagshu, at 6515 metres the highest in the East Kishtwar region in the Indian Himalaya. Last year Fowler and Ramsden had made the first ascent of Kishtwar Kailash, a unclimbed 6451m peak in the same region.

Take for example the Koreans Chi-young Ahn and Nak-jong Seong who at the end of July made the first ascent of Gasherbrum V, at 7147 metres the third highest peak in the Gasherbrum cirque in Pakistan. A magical place where, back in 1958, Cassin, Bonatti, Mauri, Maraini, De Francesch, Gobbi, Oberto and Zeni invented the great ascent of Gasherbrum IV.

Take for example the, yes, truly epic ascent of Mazeno Ridge on Nanga Parbat by the Brits Rick Allen and Sandy Allan. Eighteen days, yes eighteen on the the 10km long Mazeon Ridge, alpine style, past eight 7000m+ summits, past the highest difficulties. This is certainly one of the greatest alpine achievements of all times. And take for example Ueli Steck and his solo ascent up the South Face of Annapurna: a masterpiece of strength, technique and determination.

These are just some of the most startling examples, even if they almost always make it no further than the specialist press. From a certain point of view it's not easy to successfully communicate with "minor" summits, technical difficulties at times are impossible for the larger audience to understand, the places are too far away, the names totally incomprehensible, of "Here be dragons" territories. But in these cases the achievements are real: idea, search and exploration. In these cases words take on their meaning.

So, returning to Reinhold Messner and his "after me, nothing", I feel that in truth there is a movement that, in some way or other, is following the path. Obviously these are no longer the patriotic days of a post-war revival with celebratory expeditions, or those visionaries and rebels of the '70's. The times, the ways and the techniques have changed, as has the way of communicating, but the spirit remains the same. A spirit that is none other than the irrepressible desire to broaden your view across the horizon, to not settle for anything less, to apply your own ideas and not those of others. To tread new paths. An exquisitely, unquenchable human spirit.