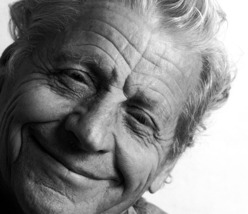 Cesarino Fava died yesterday aged 87 at Malé (Italy). His life was bonded to mountaineering and in particular to Cerro Torre in Patagonia. All mountaineers have lost a great friend.

It seems impossible, Cesarino is no longer with us. It seems impossible, because Cesarino Fava is a man one cannot forget. For his infinite vitality. And because the years, all the years of his long life, had not tainted his way of being, always passionate and absorbing. Cesarino Fava loved life. This was clear to all, palpable. He loved being with people with his heart, understanding, knowing, talking but also listening. And his "closeness" drew you in, regardless of whether you were an old friend or whether he met you for the very first time.

He was a friend. I've heard this said of Cesarino by many, by all those who had met him. And this goes for me, too. This is how he was, the eternal young alpinist from the Trentino region who departed from his Malé for Argentina. He was an emigrant therefore, a word which Cesarino held in high esteem, "fighting" and constantly inventing his life. Just as he always invented his mountaineering. His mountains, which he loved deeply and with all of himself. Just like he loved his family, a great family as he often liked to remind.

Perhaps far fewer will remember though the episode on Aconcagua during which he attempted to rescue an American mountaineer, abandon by his guide. That adventure cost Cesarino frostbite on both feet, amputated in large part. But he never gave up and he continued to climb, he continued to love the mountains like before and even more than before. Without ever complaining about his fate. He tried to soar high, to elevate.

Cesarino Fava was special... perhaps it is because of this that yesterday many mountaineers felt a bit lost, a bit alone.