► News ► Alpinism ► Cerro Torre: the bolt chopping and its history as seen through the eyes of Mario Conti 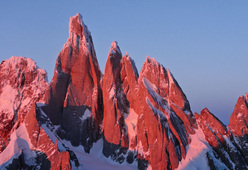 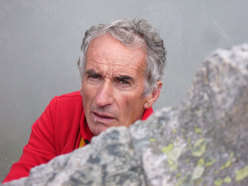 PORTFOLIO / gallery Portfolio: Cerro Torre: the bolt chopping and its history as seen through the eyes of Mario Conti

Cerro Torre: the bolt chopping and its history as seen through the eyes of Mario Conti

Italian alpinist Mario Conti shares his views about the recent bolt chopping of the Compressor route on the SE Face of Cerro Torre.

The topic is certainly "hot". The ascent of Hayden Kennedy and Jason Kruk and the successive chopping of 102 bolts off the Compressor route, established by Cesare Maestri and partners in 1970, continues to be hotly debated. Also because, immediately after their climb, David Lama carried out the grandiose first free ascent. And as everyone knows, a further assembly of alpinists was held in El Chalten to discuss the turn of events and we believe therefore that Mario Conti's view is an interesting one worth sharing. Not only because Conti, together with Daniele Chiappa, Casimiro Ferrari and Pino Negri, is one of the magnificent four who established the Ragni route up the West Face of Cerro Torre in 1974 (which many consider the first real ascent to the summit of the Torre). But also because the 1949 Lecco-born alpinist - and Mountain Guide since 1969 - has an extraordinary curriculum of climbs across the Alps and throughout the Greater Ranges. Above all though, he is an alpinist and man who has always put "respect" towards others first and foremost and, as a man of few words, he has always preferred to climb mountains to express his immense love for them.

ABOUT THE COMPRESSOR BOLT CHOPPING by Mario Conti

"I certainly want to congratulate Kennedy and Kruk for their climb and even more David Lama for the free ascent. But I'm completely against the bolt chopping on the Maestri. A route which dates back to 1970, when El Chalten didn't even exist and Patagonia wasn't as accessible as it is today, established with methods which I didn't share neither at the time nor today, certainly deserves respect for its historic value. In fact this route remains, together with the controversies and the pages of literature it inspired, a piece of alpine history, a story comprised of things both beautiful and ugly, representative of alpinism of that era.

Maestri planted the pressure bolts in 1970, but others have not fared better, all you need to do is think of the Lama bolts and the successive chopping at the hands of Garibotti. Let's state clearly that of those who have climbed the Torre, no one can say that they are coherent with what they have professed. Pegs and bolts on the Maestri route have been used by everyone. The certainty of a rapid descent route enabled many, including some famous first ascentionists, to push the envelope right to the end, just like others have used the final sections to finish off new lines. In fact, it is worth remembering that the only independent lines to reach the summit remain our route and the Maestri with the final section climbed by Bridwell. Now surely most no longer have the possibility to climb the Torre.

In the Alps routes which have come to symbolise a deceased alpinism have certainly been treated differently. Routes established by Maestri and others, like the Minuzzo on the Tre Cime di Lavaredo, have been climbed free, but no one has ever claimed the right to eliminate their historic value by removing the original protection.

Evidently this isn't the case on Cerro Torre, the draw to be a protagonist of a controversy with the famous and unknown proves more thrilling and so Kennedy and Kruk will go down in history not for their great climb, but once again thanks to Maestri and the controversy regarding the decisions he took more than forty years ago. In this sense they should at least thank him."