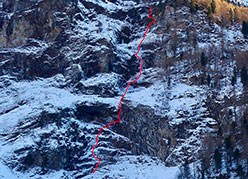 "One of the most beautiful routes I know of these difficulties. The combination of rock, ice and frozen turf make it unique." Utopia was climbed onsight, without adding bolts, all pegs used were left in-situ.

From Bruneck head towards Sand in Taufers and then Rein in Taufers. Shortly before reaching the village the line appears on the right, circa 500m before MFG. Park at the Rieserferner Hütte car park, cross the bridge and walk up to the base of the climb.

Abseil down the route.

Friends up to #3 and ice screws.

COMMENTS for the route "Utopia"

No comments found for Utopia 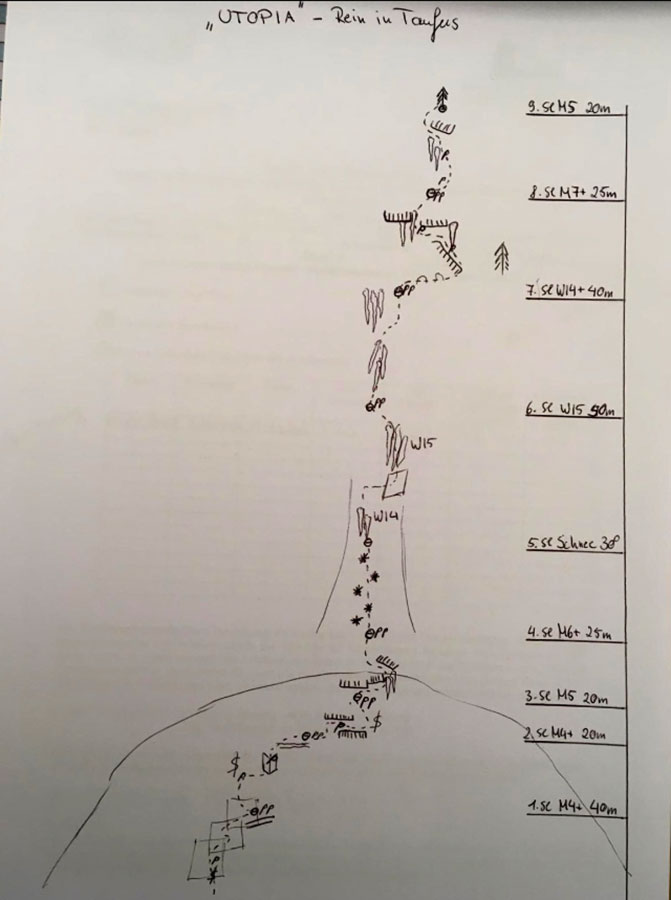