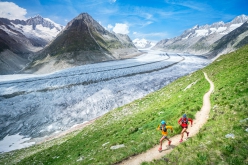 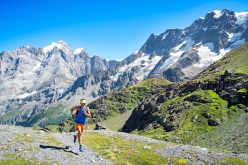 Trail running through the Lauterbrunnen Valley
Photo by ALPSinsight / PatitucciPhoto.com 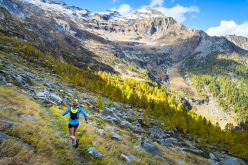 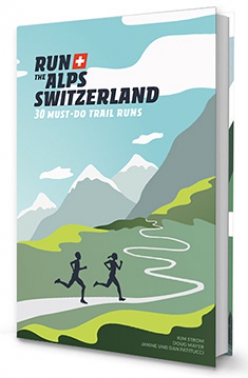 The cover of Run the Alps Switzerland : 30 Must Do Trail Runs produced by PatitucciPhoto and ALPSinsight.
Photo by ALPSinsight

Trail running in Switzerland: 3 magnificent runs in the Swiss Alps

Mountain running in Switzerland: Bettmeralp alongside the Aletsch Glacier, Lauterbrunnen to Grindelwald and Monte Zucchero. Three magnificent trail running routes in the Swiss Alps taken from the guidebook 'Run the Alps Switzerland: 30 Must-Do Trails' produced by PatitucciPhoto and ALPSinsight.

If you could narrow down the best running trails in the Alps, where would you go? We’ve spent plenty of big days scouting and researching Switzerland’s most remote valleys, scenic summits and dramatic ridgelines to distill the Alps’ infinite potential to the very best runs.

“Research” meant lots of running. Lots. It also meant tapping into years of experience, hours pouring over maps, and plenty of logistical planning. Finding the best trails in the Alps led us to iconic locations and remote dead-end valleys. With endless possibilities, the biggest challenge has been to narrow down what we consider Switzerland’s best runs.

But, we’re not done… With so much more to do in the Alps, we’re continually adding the very best of what we find to our new site: Elevation : The Alps Trail & Peak Running Resource.

Run the Alps Switzerland : 30 Must Do Trail Runs was published in May of 2018. The book was produced by Dan & Janine Patitucci, professional mountain sport photographers and founders of ALPSinsight, along with trail running writers Kim Strom and Doug Mayer of Run the Alps, and published by Helvetiq.

The book contains much more than trail running routes – it’s full of photos, stories from some of the sport’s characters, general Swiss Alps travel beta, and tips for out on the trail.

Ticino
Ritom Lake: Tibetan Trails in Ticino
Monte Zucchero: Up High in the Land of Shepherds