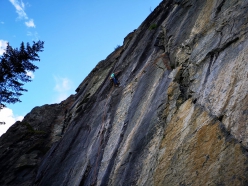 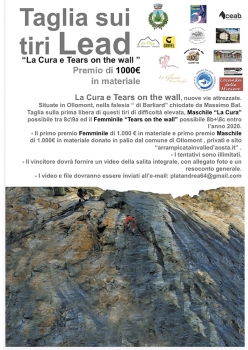 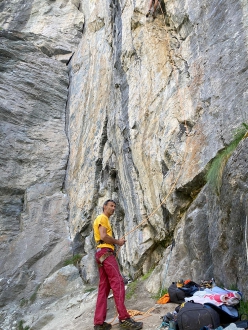 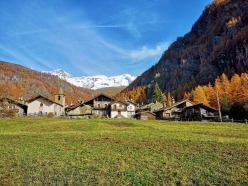 Massimo Bal: Barliard in the Ollomont Valley and the first ascent climbing contest

Interview with mountain guide Massimo Bal, prolific setter of new routes throughout the Aosta Valley and the driving force behind the Barliard crag in Valle di Ollomont where € 1,000 worth of climbing gear can be won at the innovative first ascent climbing contest.

The Barliard crag in Italy’s Ollomont Valley was created just two years ago by Massimo Bal, a prolific new router in the Aosta Valley. Currently the crag hosts 35 routes including - thanks to an initiative ideated by Andrea Plat - two lines that have a name but no grade. The first male and female climbers who free the routes will receive € 1,000 worth of climbing gear.

Massimo, first of all, tell us a bit about the Ollomont Valley?
Valle di Ollomont is located in Valpelline, a side valley of the Aosta Valley. It’s a beautiful valley, very sunny, wide open, with beautiful green alpine meadows and the typical mountain architecture. Despite its proximity to Aosta, it has has remained practically untouched. It’s ideal for walking, sport climbing, mountaineering, ice climbing, mountain biking, horse riding. I’m really  attached to this valley because this is where my father and grandfather came from. The valley borders with Switzerland and is also famous because here, during the Second World War, the famous Italian mountaineer Ettore Castiglioni and other partisans helped numerous Jews and political refugees to safety, including Luigi Einaudi, the future president of Italy. Just think, they sought refuge in my grandfather’s house.

What an incredible story...
Absolutely. It’s all documented in the book Il vuoto alle spalle written by Albino Ferrari. It is a piece of my, of our, history. I recommend the read.

Now, thankfully, there’s a far more jovial chapter, namely the Barliard crag
Over the years I’ve established plenty of new climbs all over the place, in the valley, outside the valley, almost everywhere. Up here there’s the historic crag Vaud, ideal for beginners, but for the last few years I’ve been contemplating creating something a bit harder. Two years ago I decided that the time had come to place the first bolt, and in the meantime this beautiful crag has seen the light of day

Can you describe it?
As I said, the setting is very beautiful and it’s reached via a pleasant twenty minute walk through a forest. The crag is located at 1750 meters above sea level and since it faces ENE it’s ideal for climbing in summer. As you know the sun can be really strong in summer, but here it’s cool and ideal for climbing. The rock is very compact, with beautiful, photogenic stripes of limestone. At present there are 35 routes, enough to suit everyone. The most beautiful I’d say are those ranging from 7a to 7c.

And now there are also two extremely hard routes that need freeing
Andrea Plat and I came up with the idea. And we liked the idea of having two lines, one for men and one for women, because nowadays there are so many great female climbers, too. We thought this was the right thing to do.

The initiative is particular, we’ve never seen anything like it.
True! The municipality of Ollomont like the idea, too, as did many small sponsors. The municipality has given us a hand financially and is playing an active role in this project. We now hope that the climbers like it, too!

Routes are "validated" with videos and photos
Yes, you need to make a video of the ascent, but that’s really easy nowadays, all you need is a mobile phone. And we’d like some photos and a little story, too. The idea is then to invite the winners to take part in a sort of awards ceremony all together, we’ll see.

Can you tell us something about these two routes? What are they like?
Hard! They start off together, then the men’s route breaks off left while the women’s route trends right. I’d describe the climbing as somewhat old-style, slightly overhanging, technical, beautiful. I myself don't know more than that. Let's see what those who make the first ascents tell us! 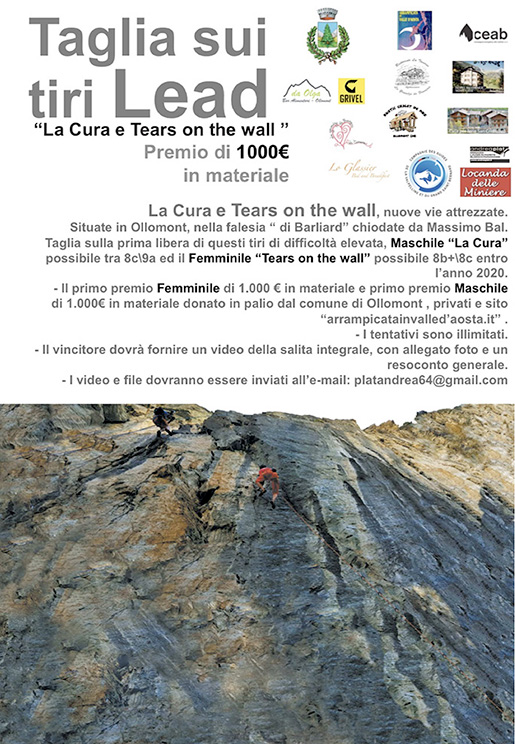 08.07.2020
First ascent climbing contest at Barliard in Ollomont valley, Valle d'Aosta
A new contest has been launched at the crag Barliard in the Ollomont valley in Valle d’Aosta, Italy    where two sport climbs have been bolted and await a first ascent. The first male and female climbers to free the routes will receive climbing equipment to the equivalent of € 1,000.