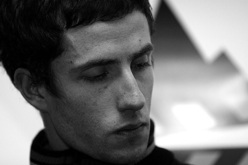 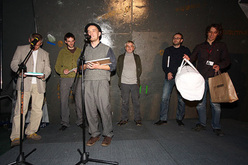 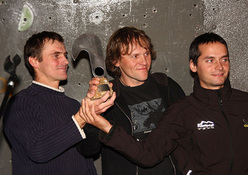 Dorota Dubicka takes a look at the event which took place in Poland at the strat of December and attracted over 5000 visitors.

The 7th Krakow Mountain Festival (KFG) has come to an end. This edition proved once again that Krakow hosts the biggest mountaineering festival in Poland. This year, over 5,000 people turned up at the Krakow University of Economics and the interest was so big that not everybody was able to get tickets for the evening shows.

Every year something exceptional happens during the festival. This year there were at least a few such unique occasions - e.g. the 100th anniversary of TOPR or the 70th anniversary of the Polish ascent of Nanda Devi (7434 m, Himalayas). Yet, the most memorable event for the festival audience was a symbolical farewell to a man who was a symbol of the modern Polish Himalayan climbing – Piotr Morawski. This great Himalayan climber and exceptional man died on Dhaulagiri in April 2009. Frankly speaking, the show Opowiesc o podrózach zycia – a very intimate, sincere and moving presentation – prepared by Piotr’s wife, Olga Morawska, was one of the strongest moments of all editions of KFG.

Nevertheless, the festival life goes on – and sometimes it is hard to keep up with its pace. The same evening, the organisers prepared a real film feast for the audience. The title of this block was On Rock and Ice and it consisted of three films: Ice, Anarchy, and the Pursuit of Madness by Steve House, relating an ascent of K7, Committes II - Grit Kids by Paul Diffley and Dave Brown, showing us crazy teenage climbs in British grits and finally Sharp End by Peter Mortimer, starring the world's best climbers including this year’s guest of KFG - Tommy Caldwell.

This year the festival hosted three foreign stars. The first guest to Krakow was Patxi Usobiaga - a sport climbing master and a real cyborg of training. During the first part of his presentation, the friendly Basque explained how to train in order to onsight 8c+ and win the World Championships. It was definitely the most interesting and expressive part of his show (it included fragments of the film Progression presenting the best competitors of the World Cup). I believe that our climbers would be able to learn a lot from the Basque. However, the second part in which he talked about his trip to Argentina and a new quality to his climbing – trad routes - turned out to be slightly more static and colourless.

During the same evening, another climbing fanatic, one of the major players on El Capitan - Tommy Caldwell  - introduced himself on the main stage. We witnessed a sample of the relaxed American approach (in a positive sense of the word), a spontaneous show and absolutely extraordinary climbing skills. As Tommy admitted, climbing in Yosemite is 90% experience and 10% strength, and Tommy’s climbing sequences on El Cap, shown during the presentation, were a good proof for this statement. It is worth mentioning that the success of the show was co-authored by Adam Pustelnik, who skilfully interpreted Caldwell’s words.

However, an interpreter was not need for the next speaker - the world-class ice climber, Rafal Slawinski, a Polish expatriate who has lived in Canada for years. The Krakow Festival gave him a good reason to visit Poland for the first time in 20 years. Similarly to Usobiaga and Caldwell, he gave the true meaning to the word "passion" and proved to be a great master in his field. He gave the impression of playing with his climbing and at the same time being great at his work.

There were many more great climbers and mountaineers on the festival stage. A leading Polish Himalayan climber – Kinga Baranowska attracted one of the biggest audiences (except the Friday show of Olga Morawska). It is worth reminding that this year Kinga climbed Kangchenjunga, the first Polish woman and the fifth woman in the world to achieve this feat.

The best sport and mountain climbers competed for the prestigious "Jedynka" Award, boulderers struggled in Polish Bouldering Cup, and our film makers rivalled for the KFG 2009 Grand Prix. The results were presented during the Sunday Gala hosted by Himalayan climber, Piotr Pustelnik. During the Sunday evening show there was a special moment - Pustelnik paid tribute to the great personalities of the climbing world who passed away last year. Krzysztof Pankiewicz and Andrzej Skwirczynski are no longer with us, and also John Bachar, who just a year ago, at the previous KFG, talked about his amazing solo climbs. We hope it will not sound like a cliché but our intention is to make KFG a place where we will always remember those who are missed...

Grand Prix 2009 Contest. This year we watched 11 Polish films – most made by amateur directors, who get a unique chance to verify their filmmaking ambitions at the KFG. Unfortunately, similarly to the previous year, the quality of most films was at best average. It seems as if the jury led by Jerzy Surdel, a famous director and filmmaker, had no problems in choosing a winning film which distinguished itself from the other ten. The film in question was a skiing production of Lukasz Gabryelski titled The White House, which related actions of Polish freeriders. The members of the jury appreciated above all the professional edition of The White House. They also emphasised the consequent realisation of the film subject and suggestive music.

A Special Award for camera work was awarded to Rynna Smierci by Mateusz Solecki and Marcin Banaszk, which tells a story of a rescue mission of mountain patrolmen from the Karkonosze Mountains Rescue Service. The Award of the Audience went to a film about the best Polish sport climbers (who climbed this year 9a routes) - Sprawa Humoru 9a by Jacek Matuszek and Mariusz Majer.

Another tradition of the Festival is the official presentation of the winner of the prestigious "Jedynka" Award, which is annually awarded in recognition of exceptional achievements in alpine and sport climbing. This prize has always stirred a lot of emotions, however this year the atmosphere was exceptionally heated. As the chairman of the Jury, Artur Paszczak, admitted: it was the first year when the level of the six candidates (selected from 15 initial entries) was so equalled and voting results were so minimally different. Polish climbing was full of events this year, we had a few breakthroughs, e.g. the first, long awaited, 9a leads. Yet, how to put into one bag rock climbing, high mountains and sport competitions? These are totally different climbing realities. Eventually, the final verdict was reached and "Jedynka" was won by a climbing team comprised of Marcin Michalek, Krzysztof Starek and Wojciech Kozub for leading a new line on the north face of Malanphulan 6573 m (1400 m height difference, ice up to 85 degrees, 4 days, of which the last two 39h non-stop) in the Nepalese Himalayas. It is worth remembering that most of the nominees delivered lectures during the Festival.

A total novelty, which we hope will become another permanent element of the festival tradition, were the Finals of the Polish Bouldering Cup. Our boulder competitors had never performed in front of such a big audience and in such special atmosphere. The idea of incorporating this event into the Festival turned out to be very successful. The organisers declare that during next year’s edition of KFG the event will be repeated, yet this time in the rank of the Polish Bouldering Championships. As a warm up, the audience could watch on a big screen the highlights of the eliminations (which took place the day before on the artificial climbing wall of the Korona Sports Club), and after that we could observe live competitions, which turned out to be very dramatic.

The show began to wind up very slowly, which was not intended by the organisers. After the first round, none of the competitors gained even a bonus point and it seemed that the problem-setter, Adam Pustelnik, had set the bar a little too high... Even loud cheering did not help, there was simply no way of doing the problem. Another thing was that, for the first time in Polish bouldering competitions, most problems consisted only of artificial volumes without climbing holds (this type of climbing is difficult to master unless you often climb on structures). Kinga Ociepka (KS Korona) finally overcame a bad series and proved the strongest this evening - as it turned out she collected the biggest amount of points on all female problems. Among men the best was Tomek Oleksy (MKS Tarnowia). The winner of the whole Polish Bouldering Cup Series were: Monika Prokopiuk (Skarpa Lublin) and Piotrek Bunsch (MKS Tarnovia).

Skiing and freeriding held a very strong position at the 7th KFG and at least three events focused on freeriding. As in the previous year, there was a well developed block of freeriding workshops led by leading Polish riders (Piotr Gnalicki, Kostek Strzelski, Jakub Radlinski, Tomasz Debiec, Piotr Gasiorowski i Kris Lizak). Beginners received a thorough dose of knowledge about gear and ideal lines for the start of their freeriding adventure (ABC of safe freeride and the best European and Polish spots for freeriders), and the more experienced riders had an opportunity to participate in discussions on dangers and challenges connected with hard alpine lines. "Panels proved extremely popular. There is a great need for first-hand information about equipment, safety or riding spots. This style of skiing is developing fast, is becoming fashionable, there are loads of films on this subject but many people don’t know how to start freeriding. It is quite a board spectrum of knowledge and skills to master. Let’s hope that next year the programme of the panels will be even more varied" commented Tomek Debiec (Poza Trasa). We are absolutely in favour of it!

Skiing also dominated the films. We have already mentioned the Grand Prix for The White House (another two skiing films participated in the festival contest: Into the White by Kostek Strzelski and Majesty Freeride Pro Tour by Tomasz Grzywinski and Dawid Krepski). We may add that a big dose of freeride, freestyle, extreme snowboarding and something absolutely crazy and absurdly hazardous – i.e. speedriding (combination of skiing and paragliding) was present during the Saturday screenings from one of the biggest festivals in the world - Canadian Banff Mountain Film Festival.

Access to Polish climbing areas was an important issue during this year’s KFG thanks to the Climbing Groups Initiative "Our Rocks". In Poland most areas with rocks belong to private owners or are located within national parks and reserves. At least half of these areas may be closed in the near future (the authorities are currently preparing a new Natural Reserves Act). Mariusz Biedrun Biedrzycki from Our Rocks was appealing for financial help which will allow Our Rocks to act on behalf of the Polish climbing scene. The first effects can be already seen – a few days ago such support was offered by Climbing Clubs from Warsaw and Katowice.

It is hard to mention everything that was going on during 7th KFG in such a short summary. Every year the Krakow event gives us an exceptionally huge dose of emotions connected with mountains. Let’s hope that next year we will see a similar show consisting of the well-established elements of the Festival but also of some new ingredients. One thing is certain – it is worth organising the Festival!