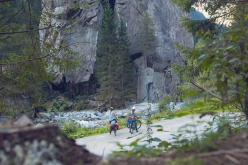 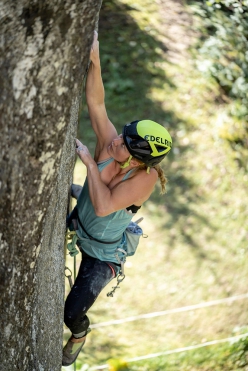 Lena Müller attempting Ganja, 8a+ trad put up in 1987 by Gerhard Hörhager in Austria's Zillertal
Photo by Ortovox 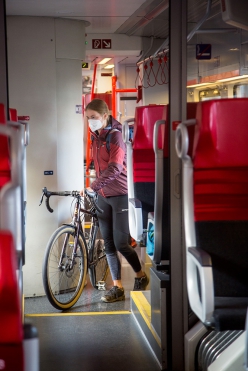 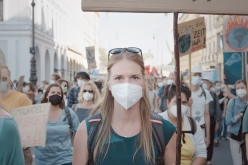 Act Now! is written on the posters of the Fridays for Future demo
Photo by Ortovox

The short film 'More than a route' by Tom Dauer which portrays the ecologist and climber Lena Müller and her decision to embark on a new route: climbing with sustainable means that involves giving up the use of the car.

"Act Now!" is written on the posters of the Fridays for Future demo that features in the opening scene of the documentary "More than a Route". It's an obvious appeal for politicians to introduce new measures to combat climate change and foster sustainability, but also an invitation to every one of us. But how? How do we change our behavior?

German ecologist and rock climber Lena Müller has found her own answers to these questions: by smashing the mold, by seriously questioning "what we have always done and trying out something new." In practice, this means climbing by fair means, doing without cars altogether and approaching the crags and mountains by bike or public transport only. As illustrated clearly in this film by Tom Dauer.