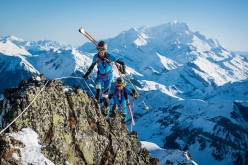 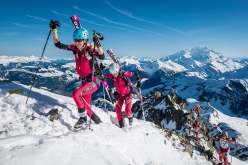 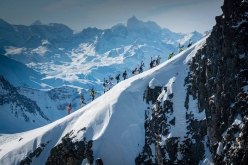 "For sure Pierra Menta is something more than a race. It’s an adventure, it’s a challenge. And when you make it, it’s something very special." This is what Sweden's Emelie Forsberg commented on Saturday, immediately after crossing the finishing line of the 32nd Pierra Menta together with her teammate Laetitia Roux.

The duo had just won the classic ski mountaineering competition that takes place every winter in the Arêches-Beaufort mountains in the French Alps. Just over 200 teams of 2 skiers compete in this gruelling race consisting of four stages in four days with over 10,000 metres of elevation gain. The men’s event was won by Italy’s Matteo Eydallin & Damiano Lenzi who celebrated their third success of this Grande Course after winning in 2014 and 2015.

Laetitia Roux & Emelie Forsberg crossed the finish line after clocking in a total time of 13:18:32, slightly over 18 minutes faster than second placed Jennifer Fiechter & Severine Pont Combe who, after having won the first stage on Wednesday, gradually lost ground. Their time of 13:37:02 still easily secured silver, while Axelle Mollaret and Lorna Bonnel stopped the clock after 13:52:15 to win bronze in front of a total of 4000 spectators.

In the men's competition Matteo Eydallin and Damiano Lenzi dominated right from the outset, winning all four stages and finishing in a sensational time of 10:23:55. Kilian Jornet Burgada and Alexis Sévennec battled valiantly to place second in 10:37:14, while third place went to the Italians Nadir Maguet and Michele Boscacci who crossed the finishing line on Saturday with Eydallin & Lenzi. It’s worth noting that without the time penalty Maguet and Boscacci received at the end of the second stage, for having lost a boot, they would have been 5 minutes faster than the official 10:40:06, meaning that they would have secured second place.