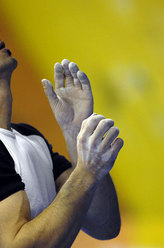 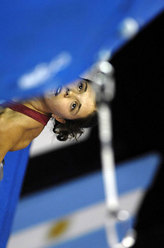 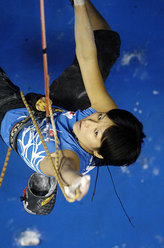 Sport climbing recognised by the IOC

The International Federation of Sport Climbing has been granted provisional recognition status by the International Olympic Committee. This is the first step towards the Olympics for sports climbing. An interview with Marco Scolaris the president of the IFSC.

On 10 December the IFSC - the International Federation of Sports Climbing – was officially recognised by the International Olympic Committee. This is an enormous step forward for climbing as it if recognised, once and for all as the President of the IFSC Marco Scolaris states, by the most important Olympic governing body. And there is more to come…

Marco Scolaris, the IFSC has now been recognised by the IOC. What does this mean in practical terms?
It means that climbing is a true sport, of the same standard as many others, albeit possibly more famous. Given the historical context in which this came about, if one wants to see it from a broader perspective then it could be interpreted as recognition of the sports attractiveness for the young and the social role it can carry out.

Climbing has been following this impossible “Olympic” dream for years, has the future of sport climbing now changed? And how will the International Federation prepare for this change?
We can now finally think seriously as an Olympic sport. In particular this means continuing to work with the young generations to offer this sport a real future.

How did this official recognition come about?
2007 was definitely a “politically” intense year. We have had to start from scratch and the IOC recognition is only the latest in a series of high speed results. Don’t forget our admission as a member of the AGFIS (

General Association of International Sports Federations - a mere three months after the creation of the IFSC), our return to the World Games and the World Anti-Doping Agency’s approval of our rules and regulations. These international recognitions have been achieved in record breaking time and are the result of a concerted push but at the base of all of this are more than years of work carried out by the ICC which produced not only a credible sport but above all one aimed at future generations.

How important was the IFSC’s exit from the UIAA and therefore the separation from the “historical” sphere of mountaineering. Was it obligatory?
We had suggested a confederation with the UIAA which gave the same dignity and powers to the various components (mountaineering,  climbing, ski mountaineering). They decided it was best to ask us to leave and go our own way, and that’s exactly what we did. At the end of the day it proved a winner for us…

Many things have changed since the first competitions came to life 20 years ago, but the sensation still persists that some climbers (those who climb outdoors only) still haven’t come to terms with the competition movement. Is this a form of snobbism or something else?
I don’t think it’s the climbers themselves, rather those who are close to them, who generate confusion and create illusions. Perhaps the time has come, for some journalists above all, to stop asking climbers if they prefer indoor competitions or climbing outdoors, or for some to say that true climbing takes place outdoors… If climbing indoors (seeing that this is where the true numbers lie) were to be considered a sport in its own right and not merely as an introduction to climbing or training for the crags or even the mountains, then we’d be one more step forward.

What is the future of sports climbing and how much can the IFSC invest in new generations?
The IFSC invests in young climbers because it shares the same belief as the president of the IOC, Jacques Rogge: “education through sport”. There are currently a number of different projects which are heading in this direction and I hope we’ll be able to talk about these in the future together.

The technical level of the athletes has improved dramatically recently, so much so that professional competence has become paramount, above all for route setters, judges and competition organisers. What role does the IFSC play here and what are its goals for the technical staff?
Not many people know this, but we invest lots of resources in the formation of technical staff, judges and route setters. There are a number of different commissions and during the last meeting in Paris 50 people gathered to improve the rules, competition format , quality of our judges and route setters. A new office in Turin with highly competent staff will be another step forward.

Your dream as president of the IFSC and as a climber?
Many know my dream intimately. As our sport grows it is destined to change dramatically, especially when it arouses the interest of main-stream media and sponsors. The challenge that sports climbing faces will be how to remain a true Olympic sports, just as it is today. I often talk about this with our athletes: they all agree that, despite the difficulties, it’s worth trying to preserve the current spirit of our sport which one feels when climbing, in competitions and outdoors.