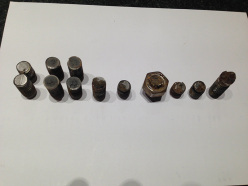 A selection of the bolts substituted in Sardinia in spring 2015.
Photo by archivio Louis Piguet 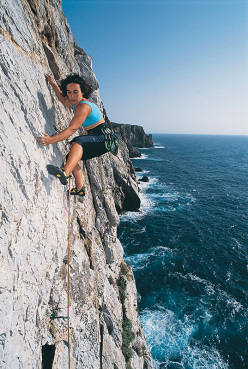 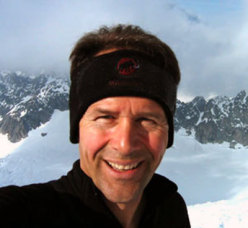 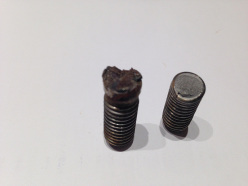 Reequipping with 'marine' gear in Sardinia by Louis Piguet

Maurizio Oviglia shares the information, provided by Louis Piguet, about the Swissman’s recent rebolting of some sport climbs in Sardinia located at the Buggerru sea cliff and at Cala Fuii (Cala Gonone).

Louis Piguet from Switzerland has reequipped most of the modern sport climbs at the Buggerru sea cliff in southern Sardinia, rebolting not only his own but also those put up by other climbers.. He then travelled to Cala Gonone where he rebolted some of the sea-facing routes at Cala Fuili where recently another accident was reported due to a stainless steel failure. During his stay Louis, helped by some local climbers such as Bruno Fonnesu, Andrea Puddu and Piero Fancello, reequipped more than 250 bolts!
I would like to point out that Louis travels to Sardinia once or twice a year and always spends time bolting dozens of new routes and rebolting existing climbs. Furthermore, it was he who completely reequipped the fixed ropes that lead down to the Millennium cave at Cala Gonone. I believe the international climbing community owe him a big thanks for his huge generosity. Published below is an extract of the letter Louis sent with with a report of the works he carried out:

"As I mentioned, I’ve rebolted some long sport climbs at the cliff Pranu Sartu at Buggerru.

As Andrea Puddu and I descended from the route Riflessi Magici we were misled by your topo in the latest Pietra di Luna guidebook and we thought we were on the final pitches of your route (Riflessi Magici). Halfway though we realized that we were on "Litri e Litri di Vino Cattivo". I’d already reeqipped the anchors during the descent, so I then requipped Riflessi Magici as I ascende. Could you please apologize to Mariano Zurru on my behalf, for having reequpped three of his pitches (Litri e litri di Vino Cattivo) by mistake, without asking for permission? The distance between the bolts has remained the same, I’ve only swapped the original bolts with resined ‘stainless steel’ marine grade bolts. The first two pitches of this route still need to be requipped and I’d be more than happy to do this next time I travel to Sardinia to meet Bruno Fonnesu. I gave him some stainless steel bolts to reequip the route "Didi", on the faraglione di Pan di Zucchero cliff.

All the routes I’ve mentioned have now been equipped with stainless steel ‘marine-suitable’
Raumer bolts with Hilti HIT RE 500 resin. The belays are all "marine-suitable" steel Raumer chains and I’ve added a third bolt at each belay, so as to connect all anchors to provide a safe belay.

On my way back I stopped off at Cala Gonone, with plans to climb a bit and have some fun. After hearing from Piero Fancello (Dorgali), I learnt that a fortnight earlier a foreign climber had fallen off one of my routes at Spiaggia Ovest, falling into the sea. I immediately gave up climbing for fun and at 7:30am I reached the top of the crag an completely rebolted my routes "E’ pericoloso sporgersi" and "L’écume des flots".

No anchor seemed to have broken on my climbs… But I took the opportunity to also rebolt "Wolof" and the finish of Kho Phi Phi, from which it seems the climber fell, ending up, fortunately, in the sea.

I’ve attached some photos of bolts that Bruno Fonnesu and I have recuperated, breaking them to reequip the climbs with resin bolts. This is a sample of about 20 bolts out of the 250 we replaced. No doubt you’ll easily understand why I’ve now got backache!

In the photo with all the bolt stumps only the two on the left are in good condition, as a reference point. All others have been affected by this ‘oxidation’ process. Some are black, other really oxidized, but all snapped under max half of the force needed to break those in good condition.

The screw with bolt was broken by Bruno as he tried to unscrew it from an anchor on the first pitch of «Plus loin sera la mer», which had been bolted out 10 years ago. The bolt on the right comes from Kho Phi Phi and broke under no force whatsoever. This had been placed just before the roof at half-height, protecting the only 6a crux on the entire route. Had a climber fallen from above this point, it would certainly have broken. Those I changed below weren't much better off!

Voilà, that’s it, even though it was somewhat complicated to explain it all…

What do you think were we to warn climbers who climb at sea cliffs, not only in Sardinia, but around the world?? I often observe the habits of those who climb at crags and often they make mistakes. They seem completely unaware of these issues so I believe we should launch a general alert on all forums and climbing sites dedicated to sea cliff climbing.

Despite what has been said, it seems as if they’re not worried about trusting just a single anchor, and fall without any problems onto bolts that maybe don’t even hold their body weight.

Personally I also have to deal with with my own "conscience", seeing that I know about the dangers and do nothing, apart from investing that time and energy in reequipping the routes.

All things said and done this is problem that affects us all and the means at my disposal obviously don’t enable me to rebolt all of Sardinia, a place which I love dearly. During the last trip I spent €4000, travel included, and I reequipped no more than 25 pitches!"