► News ► Climbing ► Powerdab M13 at The Works for Greg Boswell 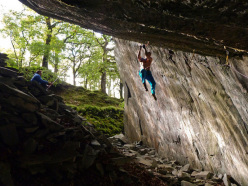 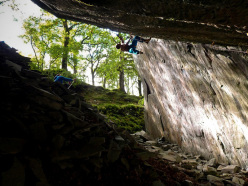 Powerdab M13 at The Works for Greg Boswell

Will Greg Boswell, the young Scottish climber, be a member of the British team that Andy Turner is hoping to bring to compete in the next Ice climbing World Cup? Up to now no certain confirmation, but one of Scotland’s most talented winter climbers is thinking about it. In the meantime, last weekend during a meeting organised in the Lake District by Turner for possible team members, Boswel enjoyed himself making the first ascent of this “impressive” dry tooling M 13 (see the video below!).

Powerdab was bolted by Boswel and Paddy Cave last year at The Works (Lake District ) and he’d already tried it a couple of times. 20 super-steep and very powerful metres’ climbing that Greg graded M13, Britain’s second M13 after Frankenstein at Newtyle, also climbed by Greg. In the whole world there are only a handful of routes this difficult. What is the climbing like on Powerdab? Boswell defines it as “hard and super powerful”... after having watched the video, you can decide if you agree.