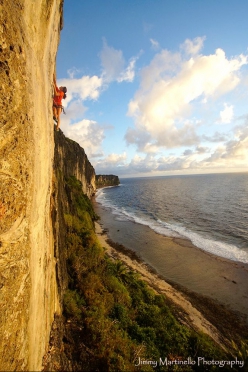 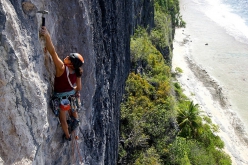 The film Makatea Vertical Adventure by Guillaume Broust that documents the birth of climbing on the remote island of Makatea in French Polynesia.

Makatea in the middle of the Pacific Ocean looks like it’s forgotten in time. This is where a team of twenty twenty climbers, speleologists, rescuers, educational and environmental managers, photographers, cameramen and journalists traveled in June 2019 to work out whether the extraordinary rocks could be the source for a new form of eco-tourism that respects the biodiversity of the atoll and its inhabitants. Rock climbing had actually already existed prior to the visit, all it needed though was a new impulse. Nina Caprez, a member of the team, described Makatea ac being "by far one of the most outstanding adventures of my life." Here’s the interesting film directed by Guillaume Broust.