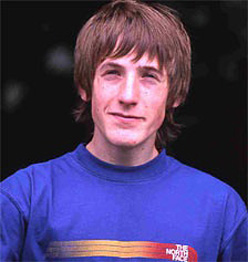 British climber James Pearson is making the most of his newly-gained sport climbing form and is currently combining it with his nerves of steel in one of Wales' premier trad areas, the sea cliffs at Pembroke. Results have been flwoing in fast with a series of hard ascents which include the on-sight of Point Blank (E8) at Stennis Ford, a flash of the bold Daddy Cool (E8) at Carreg y Barcud, and the third ascent of From Dusk Till Dawn (E8) at the Huntsman’s Leap.

After establishing Do you know where your children are? (E9) the time was ripe for the main project, a flash attempt of an E10. This has never been achieved before in the UK and the obvious route in question was Muy Caliente at Stennis Ford once again, first climbed by Tim Emmett in June 2010 and then repeated quickly by Steve Townshend and Dave Macleod.

Muy Caliente presents a difficult crux and then a long run-out to the top, and after having watched friends on the route, Pearson set off, only to fail on the last move. "That empty feeling in my belly told me I was falling. I screamed and swore. The dream was dead" he stated, before dispatching the route next go. We're certain there a new dream is already in the making!