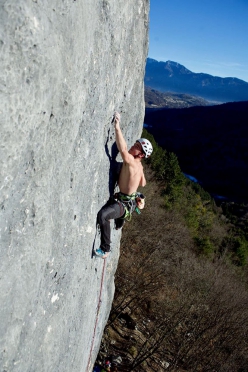 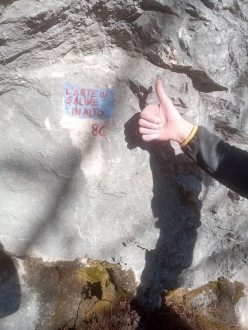 At the crag Celva in Northern Italy 15-year-old Gioele Piffer has repeated L’Arte di salire in alto, one of the first 8c’s in Italy established by Rolando Larcher 1992

Young Italian climber Gioele Piffer has made a rare repeat of L’Arte di salire in alto, established three decades ago by local Rolando Larcher. Famous for being one of the first 8c’s in Italy, this 20m slab boasts a myriad of extremely complex moves that are so delicate that the first repeats were only carried out a decade after the first ascent, in 2002 by Maurizio Zanolla, aka Manolo and Riccardo Scarian, aka Sky.

In the ensuing years the route has obviously been repeated by others, in particular by Laura Rogora who made the first female ascent on only her third attempt in 2020, but in its 30-year-history the repeats are few and far between.

Piffer is a mere 15 years old and he repeated the route on Saturday 8 January 2022 after just a handful of attempts. His is certainly the "youngest" ascent of this completely natural line, but what matters more is the fact that routes like L'Arte continue to inspire and motivate the new generations of climbers.